7 Times F1 Tech Ended Up In Your Road Car

Formula One is widely regarded as the pinnacle of motorsports racing. These cars, which feature cutting-edge technology, often look nothing like the .. 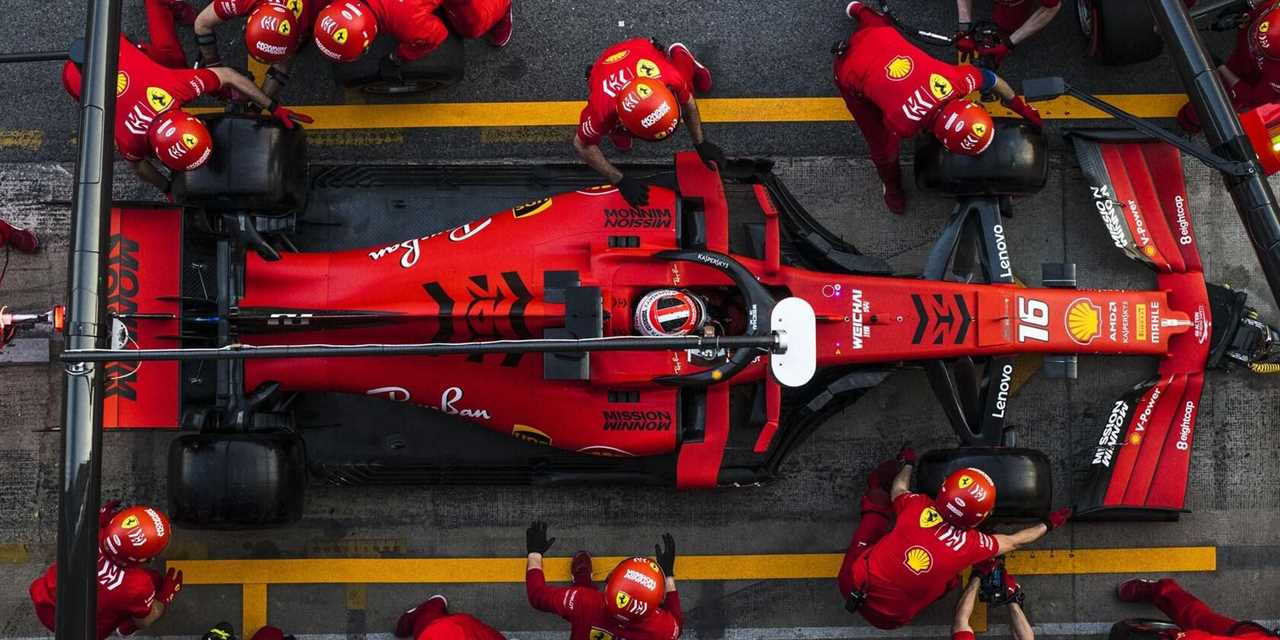 Formula One is widely regarded as the pinnacle of motorsports racing. These cars, which feature cutting-edge technology, often look nothing like the four-wheelers we’re accustomed to. Yet, quite a bit of the technology you find in modern vehicles was originally introduced in F1.

F1 designers and engineers often come up with unique technology that becomes so popular that mainstream manufacturers eventually adopt it. So, here are seven times F1 technology has made its way into normal vehicles.

The Hot V engine was first introduced by Ferrari back in the 1980s. Since then, it’s been tested in quite a few performance-focused vehicles, including the Mercedes-AMG GT S and the Porsche Panamera.

Unlike conventional engine blocks, this one has ports point inwards, towards the center line of the block, with the turbocharger dividing either side. It’s an interesting take, but not without problems.

The engine setup is incredibly complicated and only suitable for really expensive vehicles. In addition, it’s difficult to maintain unless, of course, you have a pit crew to monitor and make adjustments.

Nigel Mansell’s 1992 Williams FW14B was a game-changing vehicle. Not only did it win him the Championship, it also introduced one of the most popular technologies now widely used in mainstream vehicles.

While several other companies had used active suspensions before, Williams was the first on the circuit to truly get the best out of it. Using hydraulic actuators while cornering, the system provided a smoother performance and even helped to increase downforce and speed.

Active suspension allows the car to adjust the level of its chassis depending upon the road conditions, offering greater traction and cornering performance. Active suspensions are now widely used in modern vehicles, and are an excellent example of technology that was pioneered on the circuit before being introduced into mainstream vehicles.

The Kinetic Energy Recovery System, or KERS as it’s widely known, is an ingenious piece of technology that recovers kinetic energy from the excess heat generated during the braking process. When you apply the brakes in your car, the plates generate heat.

In most cases, the mechanical systems generally capture the kinetic energy, which is then transmitted through an electrical motor. The motor feeds this energy to a battery, which in turn releases the energy when it’s needed.

The Kinetic Energy Recovery System was first introduced in F1 cars to give them extra power. Now, companies like Volvo use KERS commonly, and it’s also available on several high-performance electric cars.

A carbon-fiber vehicle chassis is lighter, stronger, and has better aerodynamic properties. And, back in the 1980s, it was McLaren that decided to test it out on the circuit. Carbon fiber, which is robust yet light, not only protected McLaren’s drivers but also offered better performance.

Carbon fiber is a popular choice in modern vehicles for several reasons. Not only does it offer faster speeds for hypercars and supercars, but carbon fiber also offers greater fuel efficiency as it’s lightweight and greatly reduces drag.

While some companies that manufacture performance-focused vehicles mainly use carbon fiber throughout the frame, others often use a mixture of carbon fiber or metal alloys to keep costs low without compromising on performance.

Buttons on a steering wheel are incredibly common, and almost every vehicle nowadays comes with them. These buttons allow you to control several functions while keeping your hands firmly on the steering wheel.

From picking up calls to altering the volume to adjusting the headlights, you can use these buttons to control different functions in your car. And, if you’ve ever seen a F1 steering wheel, it’s easy to understand where the inspiration comes from.

Formula One steering wheels first came with buttons back in the 1970s, and took off during the 80s and the 90s as more and more technology was introduced in F1 cars. Because it’s obviously difficult for a driver traveling at an average of 300 km/h to look for a button or a dial, companies started including them on the steering wheel.

From the DRS button to engine mode buttons, more than 20 different buttons or switches are included in modern F1 cars. In fact, this is one of the many technologies that influence car buying.

Hybrid cars are increasingly popular because of their reduced fuel consumption and because they aren’t as harmful to the climate as conventional vehicles.

At the start of the 2014 F1 season, hybrid powertrains became an absolute requirement, with all participating vehicles using them. The power recovered from the heat and via the braking energy expended is stored in a lithium-ion battery, offering drivers more power as required.

It’s not exactly a diamond coating, though it’s made from an incredibly hard carbon-based material. Supercars like the Ferrari 458 now use such coatings. It was first introduced in the Ferrari in 2010—but this one might take a little longer to filter down to your everyday run-around.

Automakers and F1 constructors continue to innovate and push safety forwards, so you can definitely expect more features to make their way from F1 vehicles into mainstream cars in the future.