These Are the Magnificent Cars World’s Billionaires Own

Among the many cars world’s billionaires own are grand luxurious rides, supercars and even basic four-wheelers. It is a rather strange mix but.. 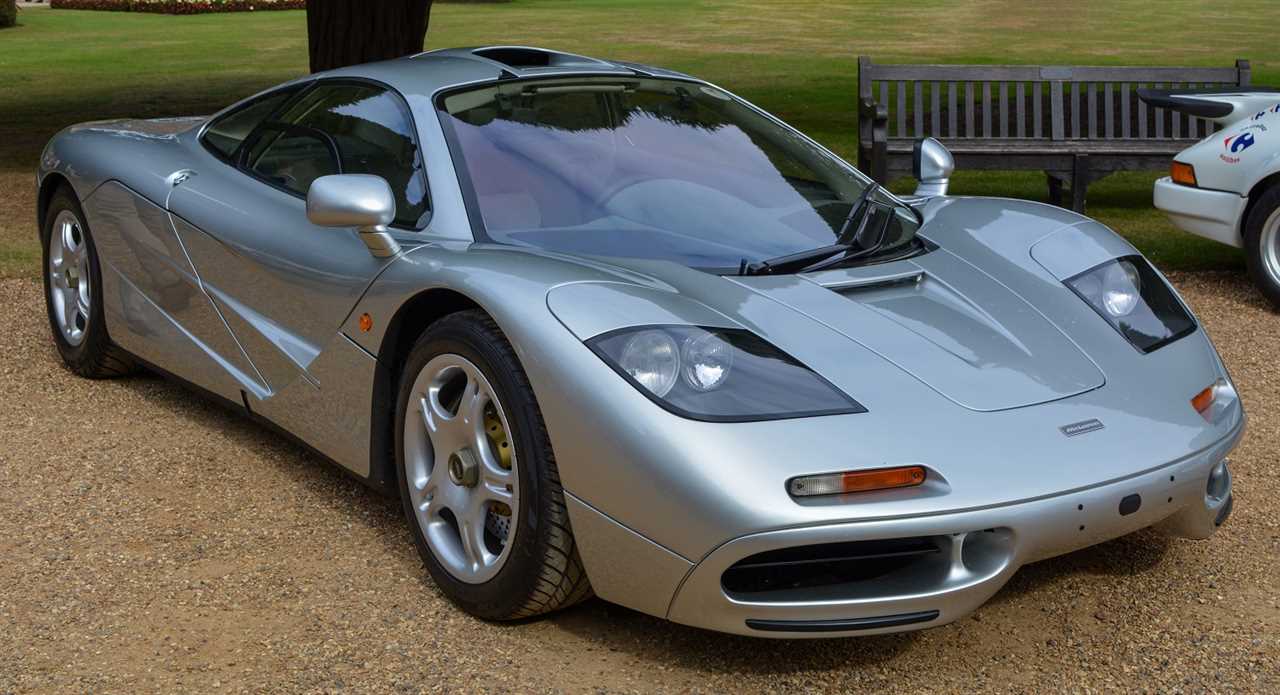 Among the many cars world’s billionaires own are grand luxurious rides, supercars and even basic four-wheelers. It is a rather strange mix but reveals how some billionaires spend their wealth.

While Bill Gates and Elon Musk would get the machines that give them the thrills, others like Warren Buffett themselves say they don’t drive around much and thus don’t buy cars frequently.

The diversity of cars

Many gasoline-powered vehicles dominate the garages of most billionaires, but many are increasingly turning to electric vehicles or at least a hybrid.

This includes Musk, the CEO of the electric car company Tesla, which has perhaps alone revolutionised electric vehicles and has even sent a Tesla Roadster into space. Musk has also said that the only gasoline cars he owned are a 1967 Jaguar Series 1 E-Type Roadster and a Ford Model T.

The same is true for Sergey Brin and Larry Page, who are Tesla owners.

Here are some of the world’s wealthiest people and their excellent rides.

The icon for millions around the world, Musk is unlike any other billionaire perhaps because of his unconventional ways of doing things, such as his penchant for sharing memes on Twitter.

The world’s richest man has made his fortune from PayPal, Tesla and SpaceX, which has revolutionised aerospace. While he has his eyes on Mars, Musk has zipped across the ‘Pale Blue Dot’ (our humble planet) in cars that anyone would love to have in their garage.

His most famous four-wheeler was perhaps the McLaren F1, a car that would cost around USD 1 million when Musk purchased it after selling his first company, Zip2, to Compaq in 1999.

That car was also famously featured in a CNN TV interview of a young Musk. But the silver-coloured car met with an accident in 2000, and Musk sold it off seven years later.

Since its launch, the McLaren F1 has held the coveted place in the hearts of car enthusiasts as one of the best and most expensive cars of all time. Only 106 were produced in their lifetime, making them prized possessions for car lovers.

Such is the renown of the esteemed machine that even in 2020, a McLaren F1 fetched USD 20.5 million at an auction at Pebble Beach in California.

Other cars driven by Musk include a Tesla Roadster, a modified Hamann BMW M5, a Ford Model T that he received as a gift, and a Jaguar Series 1 E-Type, which he owned at least till 2017.

However, one classic he owns but cannot drive is the Lotus Esprit submarine car featured in the James Bond film The Spy Who Loved Me (1977).

The Amazon founder and owner of The Washington Post is one of the world’s richest men. Bezos and Musk are usually seen topping Forbes’ billionaire index.

Even though the 57-year-old owns a Gulfstream G-650ER and many properties, Bezos is not known for his cars. Despite having the money to buy practically any car ever made, Bezos’ taste in four-wheelers is reportedly modest.

Before he hit the jackpot with Amazon going public in 1997, Bezos was driving a 1987 Chevy Blazer.

Speaking to Alan Boyle of Geek Wire in 2016, Bezos said, “Amazon opened its doors in 1995, so that’s 21 years ago. When we opened our doors, we had 10 employees. I was driving the packages to the post office myself in my 1987 Chevy Blazer and dreaming one day that we might have a forklift.”

Then, he bought a green Honda Accord, which was seen on 60 Minutes hosted by Bob Simon on CBS in 1999.

Simon asked, “What’s up with this Honda?” to which Bezos responded, “This is a perfectly good car.”

According to the book, The Everything Store: Jeff Bezos and the Age of Amazon published in 2013, Bezos was still driving a Honda car at the time, though it was a more modern variant. 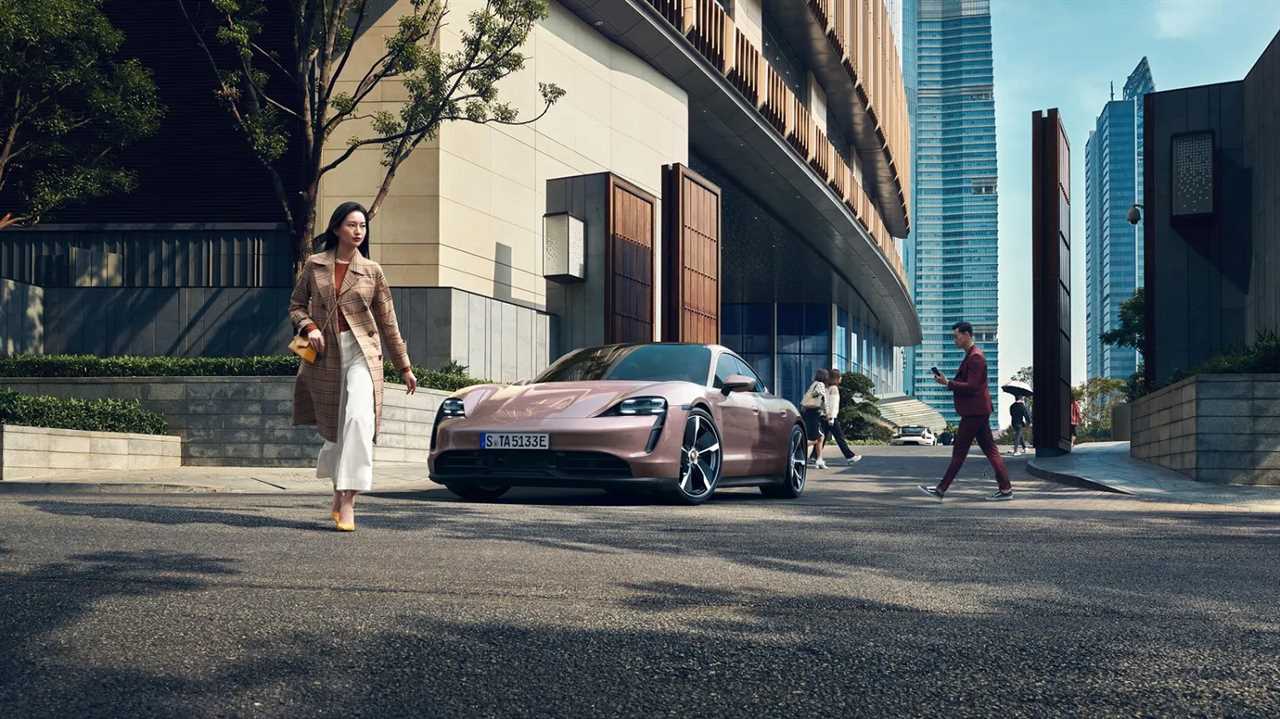 The Porsche Taycan is a modern machine packed with both style and power. (Image credit: Porsche)

Unlike Bezos, Gates can be called a true car fanatic. He has been a proud owner of multiple mean machines since he became proverbially rich. His fascination with Porsche is known to all who have even the slightest interest in billionaires or cars.

His first “indulgence” was a Porsche 911, which Gates bought in 1979 when Microsoft had just started its rise. He drove the pearlescent turquoise-coloured beauty along the sandy stretches of Albuquerque, New Mexico, and was even jailed for recklessly driving it.

However, it is his latest possession that deserves our attention — Porsche Taycan. Gates bought the all-electric car in 2020, months after its launch in September 2019.

The car has 10 variants, ranging from Taycan to Taycan Turbo S Cross Turismo. Its top speed is between the ranges of 220-260 km/h, while the acceleration is 0-100 km/h in 2.8 to 5.4 seconds, depending on the variant. The dual electric motors of most Taycans are powered by a 93-kilowatt-hour lithium-ion battery. It can be customised by the buyer, especially when it comes to interiors.

“I have to say it’s a premium-priced car. It is very, very cool. This is my first electric car, and I am enjoying it a lot,” Gates had said during a conversation with YouTuber Marques Brownlee.

Other cars Gates’ has had included Porsche 959 and Ferrari 348. 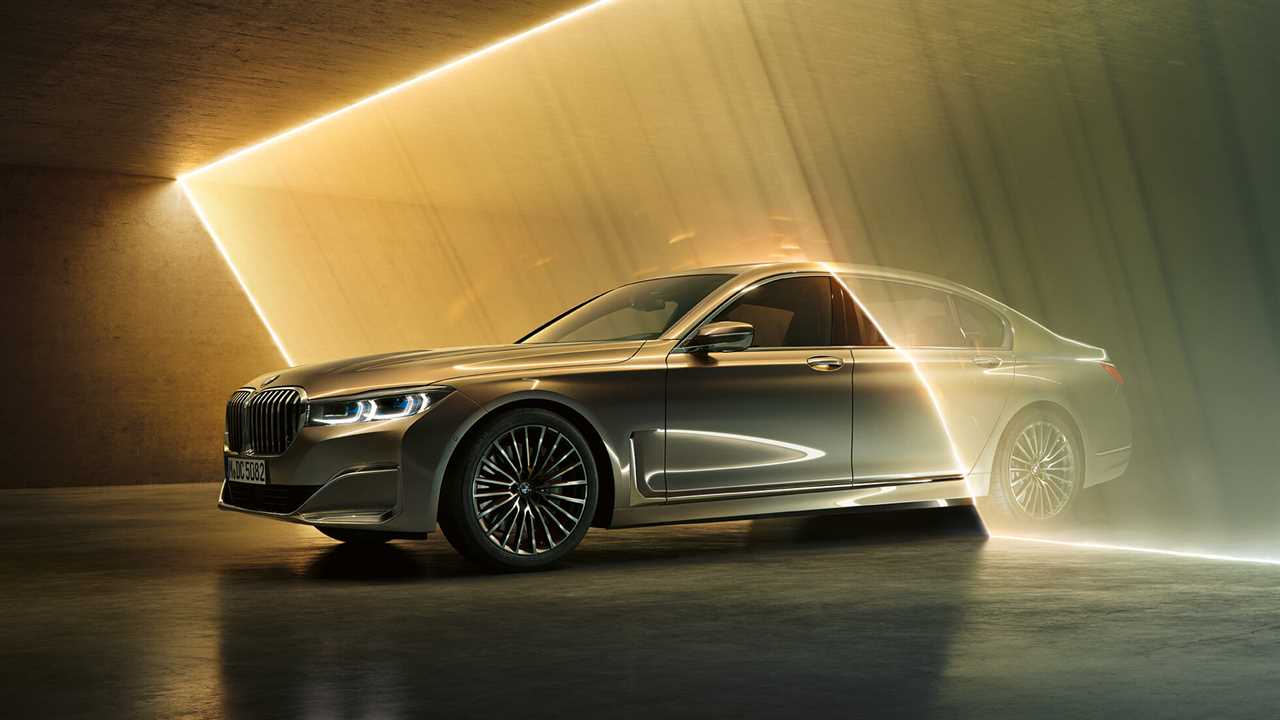 As one of the richest persons in the world, Arnault knows how to spend his wealth.

Although his collection exudes affluence with an island, business jets and a yacht, Arnault does not seem like a car enthusiast. His road ride can be called modest compared with his other possessions.

One of the best luxury cars in the market, the 760Li has an M Performance TwinPower Turbo 12-cylinder petrol engine. The rear passenger side in the 760Li is designed to give the impression of an executive lounge, with seats covered in leather ‘Nappa’ with extended trims NMRI Cognac.

Mark Zuckerberg needs no introduction. The 37-year-old practically changed the way billions around the world interact today by creating Facebook in his Harvard University dorm room in 2004.

One of the world’s youngest billionaires, Zuckerberg is on his way to revolutionise the world again. In October 2021, he re-branded Facebook into Meta Platforms, Inc., or Meta, to enter the metaverse.

So, what does the future-forward Zuckerberg drive around in?

Reports say that he bought a Pagani Huayra supercar in 2014. However, that is perhaps the only four-wheeler that can be called a “stand-out” piece in his collection. The rest are regular cars such as Acura TSX, Volkswagen Golf GTI, Mercedes Benz V-Class and Honda Fit (Honda Jazz in some markets). 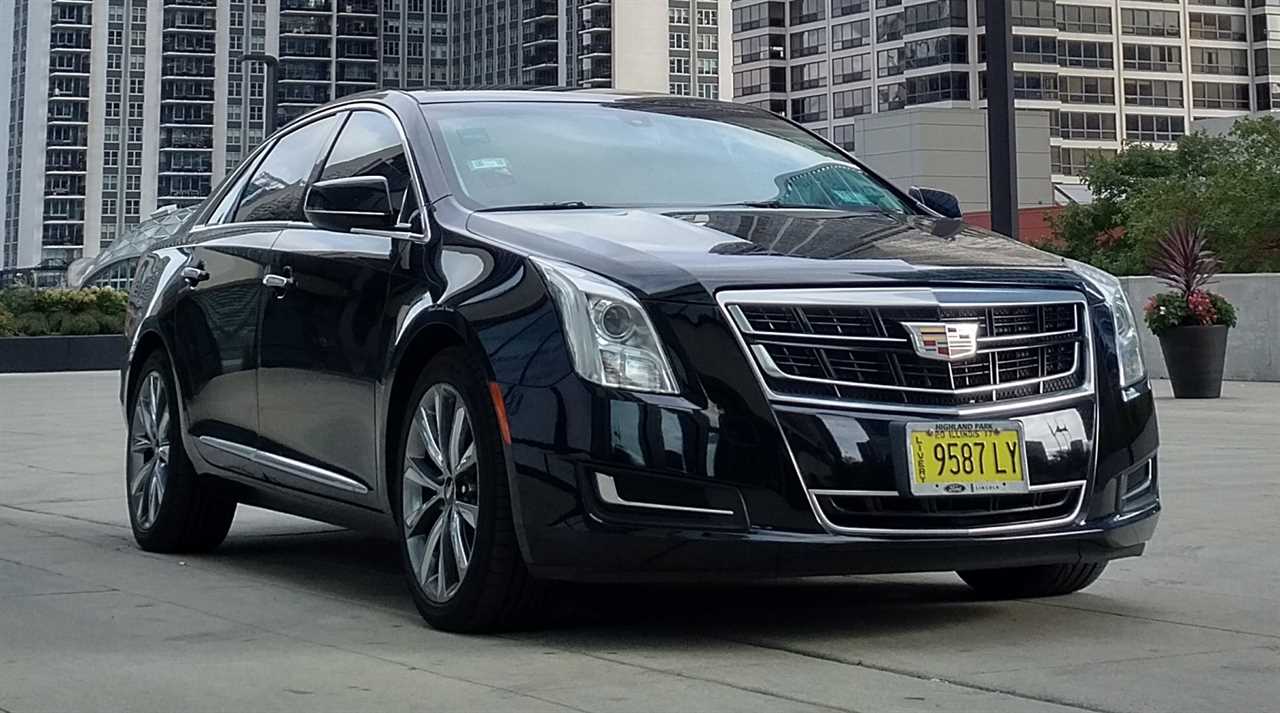 The CEO of Berkshire Hathaway, Buffett is more famous worldwide for being a philanthropist. He pledged to donate over 99 percent of his wealth and according to Forbes, has already given away over USD 45 billion to charities, including Gates Foundation.

He leads a very frugal lifestyle, in stark contrast to someone whose net worth is over USD 100 billion. A hugely successful investor, many cite Buffett as an example of how and where to spend your money.

He continues to live in the same house that he purchased in Omaha, Nebraska, in 1958 for USD 31,500. The maximum he might spend on his breakfast would be roughly USD 3.89 for a bacon, egg and cheese biscuit sandwich.

Coming to the vehicles he owns, he travels in is a Cadillac XTS, which Buffett bought in 2014. At the time, its retail price was around USD 45,000. Perhaps the nonagenarian is a fan of Cadillac, as he had a 2006 Cadillac DTS before General Motors’ Chief Executive Mary Barra convinced him to upgrade his ride. He donated his DTS to a charitable organisation and bought the XTS.

The Cadillac XTS is a luxury sedan with an aristocratic exterior. Its distinct features include its massive chrome grille and sleek headlights on either side. 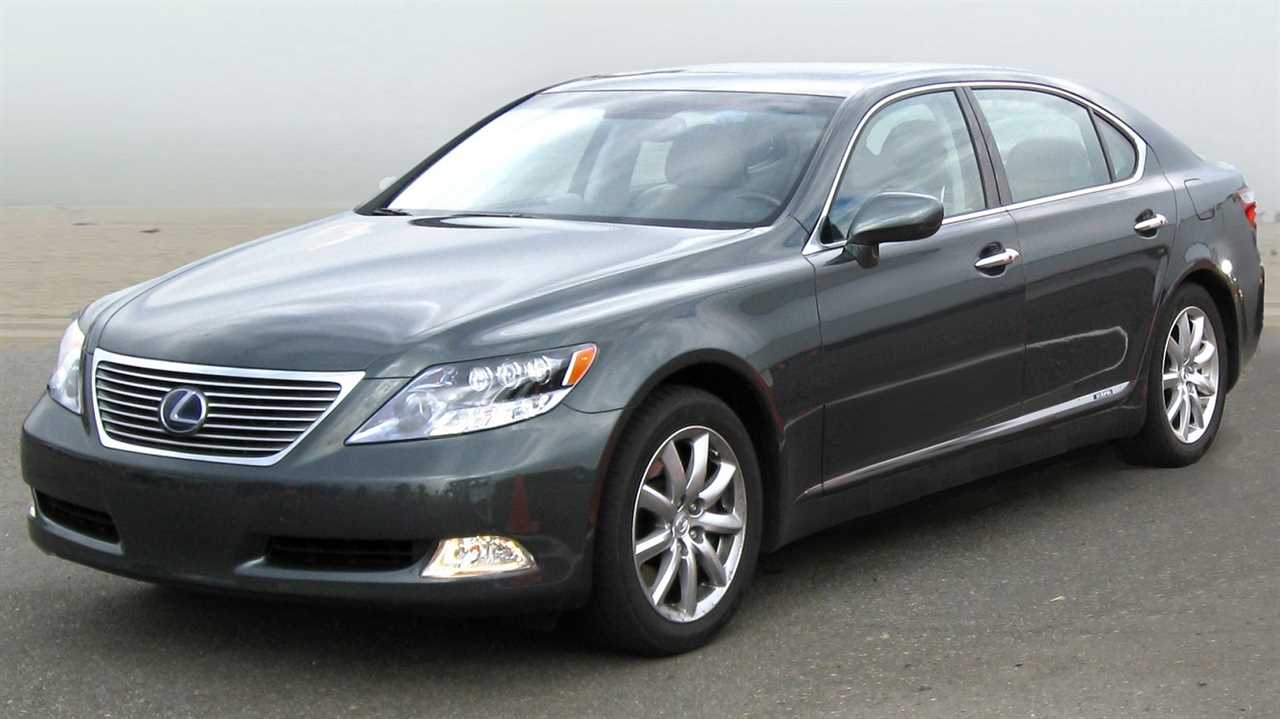 The chairman, co-founder and CTO of Oracle is known for splurging his wealth on pricey possessions such as aircraft and yachts. So, cars are a natural addition to his enviable collection.

The report also said that his favourite, at the time, was the Acura NSX, which he gave as gifts to his friends.

Although it is not clear if he still possesses the cars, the McLaren F1 would stand out, as it is one of the few machines whose price has appreciated after production stopped.

As for the Lexus LS 600h L, some car enthusiasts call it the ultimate luxury sedan. Produced between 2007 and 2017, it came with a 5.0-litre V8 with a hybrid drivetrain that delivered 438 horsepower. High on the luxury factor, the car was meant to be exclusive.

Now the owner of NBA team Los Angeles Clippers, Ballmer is among the top 10 Forbes billionaires. He has been using his money for the public good, setting up a USD 2 billion fund to uplift Americans out of poverty and investing in a company that makes software for nonprofits and government agencies.

Ballmer is a fan of Ford vehicles, reportedly because his father worked with Ford Motor Company as a manager.

In 2009, when he was with Microsoft, Ford’s then CEO Alan Mulally personally delivered an SYNC-equipped Ford Fusion Hybrid to Ballmer at the Microsoft campus. The SYNC is Ford’s voice-controlled communication and entertainment system that was co-developed with Microsoft.

Sergey Brin and Larry Page are perhaps the most famous names in the internet’s history. After all, they created Google, which practically is the backbone of the World Wide Web experience today.

Both founders are individual billionaires and remain in news for their ambitious projects.

While Page owns flying cars (yes, you read that right) and has prototypes, he has perhaps not flown any of them.

Brin, on the other hand, is reportedly busy with an airship project — details of which are still kept secret.

Though Page and Brin are currently focusing on different projects, they have a lot in common as two old friends who built a colossus that straddles the universes of business and technology. This is perhaps why both have had the same type of cars.

Page and Brin travelled in their respective Toyota Prius cars. However, it is not clear which model they had or if they have it currently, but a 2018 CNBC list mentions that they have the cars.

As for the car itself, the 2022 model of the elegant sedan is simply beautiful to look at. It has a 1.8-litre, 4-cylinder hybrid engine, which delivers a net 121 horsepower or 90kW.

The other automaker, which has a special place in the minds of the two geniuses is Tesla. In particular, Brin’s 2013 Tesla Model S  became famous on the Internet after Google employees pulled off a prank on him on April Fool’s Day.

The employees turned his Model S into a Batmobile of a unique kind with a Batman emblem on the front, zebra-striped seats, pink-coloured vinyl paint and bat wings on the rear.