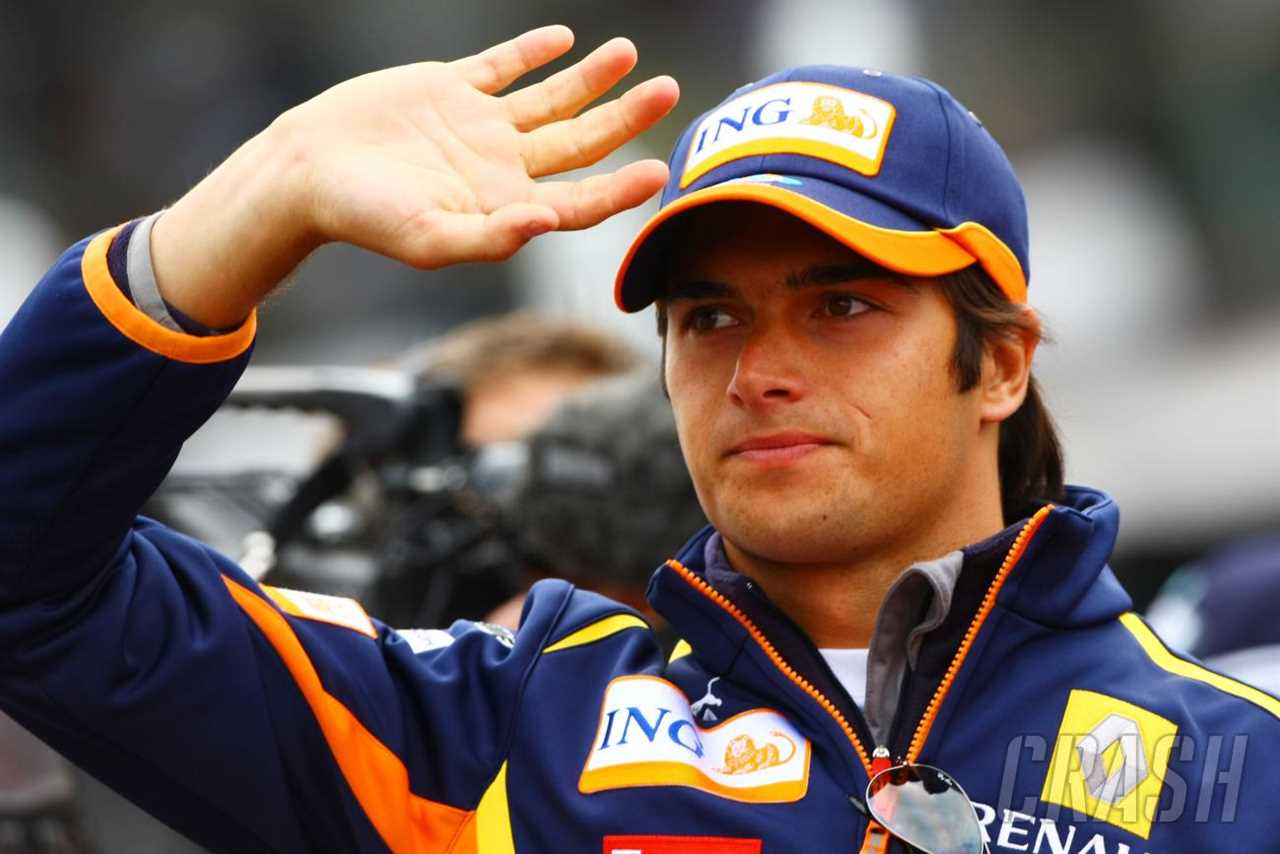 Nelson Piquet Jr. – the son of three-time F1 champion Nelson Piquet – made his F1 debut with Renault in 2008.

As expected, Piquet Jr. progressed through the junior ranks with relative ease, winning the British Formula 3 Championship alongside some Williams F1 tests.

He made the step up to GP2 Series – now FIA Formula 2 – in 2006, fighting for the title with Lewis Hamilton.

Never miss a video from

The Brazilian ultimately finished runner-up, just 12 points behind Hamilton, who was promoted to the McLaren F1 team for the following year.

On the other hand, Piquet Jr sat on the sidelines as an official test and reserve driver for Renault before getting the full-time role alongside the returning Fernando Alonso in 2008.

Under pressure at Renault

Piquet Jr. was put alongside two-time F1 champion Alonso for the 2008 campaign.

It took until the French Grand Prix for him to score his first points with the seventh, a timely result given the rumors and pressure he was under at the time in trying to retain his seat for the following year.

A maiden podium finish at the German Grand Prix ahead of title contender Felipe Massa eased the pressure before further points finishes in Hungary, Japan and China.

Piquet Jr. did enough to keep his seat for 2009 with his crash in Singapore, which brought out the Safety Car, not getting any attention until midway through the following year.

10 races without scoring a point meant Piquet Jr. was dropped in favor of Romain Grosjean ahead of the European Grand Prix at Valencia.

Piquet Jr. was sacked in early August and soon after the allegations around the 2008 Singapore Grand Prix meant the ‘Crashgate’ scandal had started.

Following his departure from Renault, allegations surfaced that Piquet Jr. had deliberately crashed his car to enable his teammate, Alonso, to win the race.

His crash on Lap 14 resulted in a Safety Car, allowing Alonso to take the lead of the race at the Marina Bay Street Circuit.

Race leader Massa had controlled the race from the start but the Safety Car meant he had to stop early.

His early pit stop didn’t go to plan and he lost the lead – a weekend that arguably cost him the 2008 title.

Fast forward to August 2009, Piquet Jr. made statements to the FIA ​​that it was deliberate and he had been asked by Renault team boss Flavio Briatore and engineer Pat Symonds to stage the crash.

Briatore and Symonds were forced to leave the team ahead of the 2009 Singapore GP, and were charged with conspiracy and race rigging.

The team itself were handed a disqualification from F1, which was suspended for two years pending any further rule infringements.

Briatore was banned from all FIA-sanctioned events for life, while Symonds was banned for five years.

“My situation at Renault turned into a nightmare,” Piquet told the FIA ​​in 2009. “Having dreamed of being a Formula One driver and having worked so hard to get there, I found myself at the mercy of Mr Briatore. His true character, which had previously only been known to those he had treated like this in the past, is now known.

“Mr Briatore was my manager as well as the team boss, he had my future in his hands but he cared nothing for it. By the time of the Singapore GP he had isolated me and driven me to the lowest point I had ever reached in my life.

“Now that I am out of that situation I cannot believe that I agreed to the plan, but when it was put to me I felt that I was in no position to refuse.”

Piquet Jr would never get to race in F1 again after failing to land a seat for 2010.

Briatore has been seen in the F1 paddock as he’s still close to former driver, Alonso, while Symonds has worked for Williams and under Ross Brawn in recent years.