The United States’ long wait for a full-time Formula 1 driver ends this year as Formula 2 graduate Logan Sargeant joins Williams.He is one of five.. 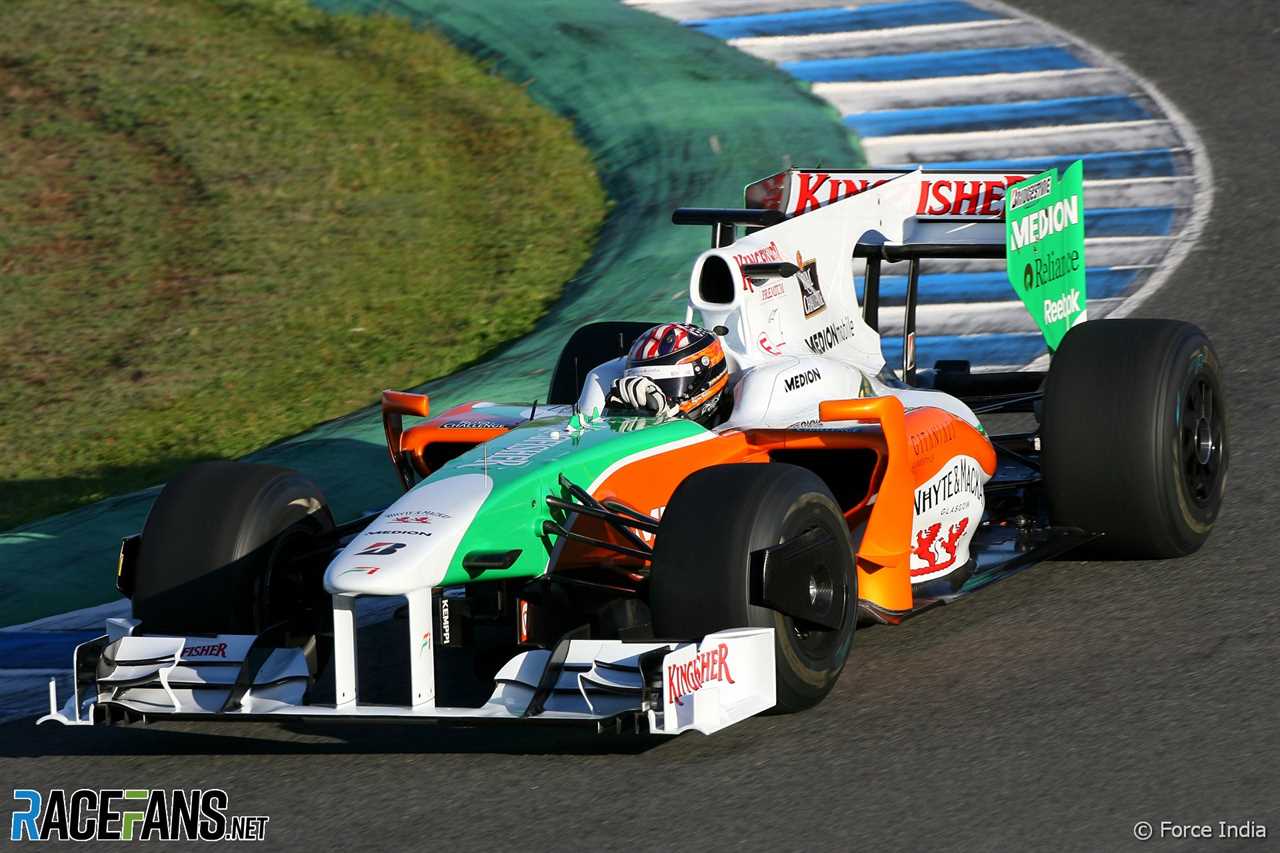 He is one of five drivers to have raced using an American license in F2 – although one of those was Mexico’s IndyCar star Pato O’Ward – and only the third person from his country in the last 40 years to have come through F1’s support series to make it to F1.

So what has stood in the way of the nation’s top junior single-seater talents, particularly those who have raced in Europe or found themselves in contention for an F1 seat, from making it to the world championship?

The European road to F1 hits a dead end

The infamous 2007 European Grand Prix at the Nurburgring was not only notable for its thrilling battle for victory between Fernando Alonso and Felipe Massa, the chaos caused by opening lap rain or Markus Winkelhock leading on his debut. It was also the final race for a full-time American F1 driver as Scott Speed’s last grand prix before his replacement by Sebastian Vettel at Toro Rosso.

But as F1 lost its only American racer, there were talented young drivers from the USA who looked to pursue a single-seater career over the Atlantic.

Newgarden and Daly in 2008Future IndyCar race winners Conor Daly and Colton Herta both trod the European single-seater path with success. However, when they were looking at achieving their dream of being professional racing drivers – and prolonging their junior careers to reach that point – they were ultimately drawn back home stateside.

Daly, son of Irish former F1 and CART driver Derek, hopped back and forth between the continents during his first years in cars.

He learned the basic skills in America, then put them to the test by contesting England’s Formula Ford Festival at Brands Hatch and Walter Hayes Trophy at Silverstone in 2008 as a Team USA scholar alongside fellow F1 aspirant Josef Newgarden.

Daly finished sixth at the Festival, which Newgarden won, then he won the Walter Hayes Trophy while Newgarden finished 14th. Their results in the two biggest Formula Ford events in the world announced that the pair had well and truly arrived in Europe.

The next two years were spent in America for Daly, as he contested the third level of single-seater racing over there in the Pro Mazda championship. He dominated the series in his second season, and then moved back to Europe for the next four years.

In addition to joining F1’s support bill for 2011 in GP3, Daly also stepped up to IndyCar’s primary feeder series Indy Lights and won in a part-time campaign there. His time in Europe, however, was less fruitful, scoring points only thrice. But he finished sixth in his sophomore GP3 season. 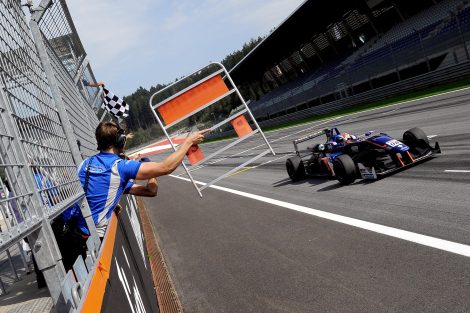 Herta took four wins in EuroformulaDaly dovetailed his third GP3 season with races in Indy Lights and IndyCar, and although he put all his focus into a step up to GP2 for 2014 he was soon being attracted back to America to combine IndyCar with sports car races for 2015. Daly has been in IndyCar ever since.

Herta also made his first car racing steps at home, making it up to USF2000 before switching to Europe and being part of the illustrious 2015 British Formula 4 grid that also included Lando Norris.

He won four times en route to third in the standings, while team mate Norris won the title, and then stepped straight up to Formula 3 in Euroformula. Again he won four times and finished third in the points table, and was still only 16 years of age. The next logical step was F2.

While he was old enough to make the step, it would have been a big ask in terms of budget. Instead, he was eyed by George Steinbrenner IV for his new Indy Lights team being co-run with Andretti Autosport.

That formed a direct line to IndyCar via Andretti, and would cost significantly less than staying in Europe, so Herta went back to America to become a young star back in his home nation as well. At least, for now.

As mentioned, Newgarden made a great start to his European racing career after learning the basics in the USA. 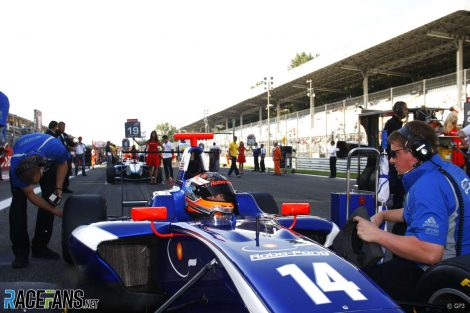 Newgarden’s year in GP3 harmed rather than helped his careerFollowing that, the 18-year-old decided to stay in the UK and Britain’s Formula Ford scene and finished second in British Formula Ford in 2009. In addition to the nine wins he claimedin that series and making the final of the Festival and Walter Hayes Trophy again, he also had slicks-and-wings success in Formula Palmer Audi.

The momentum was there for Newgarden to make the next step, but the funding for a move to British F3 fell through. Instead, he made an even bigger jump up to GP3 courtesy of a late deal with Carlin – but it almost cost him his racing career.

Newgarden finished 18th in the standings, being plagued by unreliability and only rarely having the pace to fight for points, only scoring four times. His reputation and ability to fund his racing was diminished, but then a lifeline came to keep him racing – with another big step up the ladder.

Sam Schmidt brought Newgarden into his Indy Lights team for 2011, and his faith was rewarded with five wins and the Indy Lights championship. A multiple title-winning IndyCar career then beckoned.

Herta’s F1 dream didn’t end in 2017 when he headed to Indy Lights, as he actually became a serious contender for a race seat in Formula 1 last year. 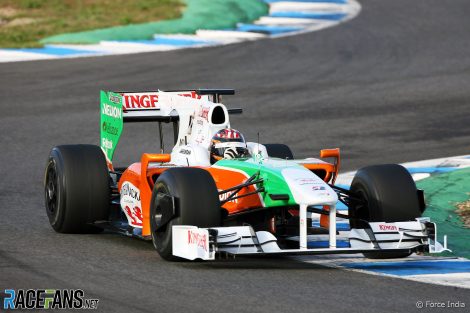 Hildebrand tested for Force India in 2009After joining McLaren’s F1 test programme, he was then scouted out by Red Bull for a seat at its AlphaTauri junior team. But the FIA ​​determined Herta was not eligible to race in F1 as he did not have enough points for the super license needed to race and were not sympathetic to calls for an exemption for the 22-year-old.

It was an issue primarily brought about by a very closely-fought 2022 IndyCar season where, despite two pole positions, a race win and one other podium, Herta finished tenth in the standings. That earned him just a single super license point. At one stage he considered returning to junior racing to earn points, and he will need to finish in at least the top four of IndyCar this year to qualify for a license for 2024.

Another American who ended up in surprise F1 contention, but also never made it, was JR Hildebrand. He was another to gain British mileage in his formative years in cars, and after winning the 2006 USF2000 title jumped all the way up to the rival Atlantics and Indy Lights series. 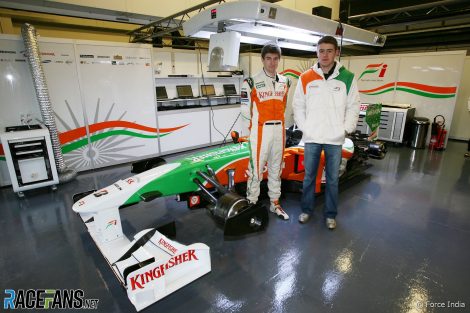 Hildebrand battled Di Resta for Force India reserve status He finished seventh in the former, and was fifth in the latter in his rookie campaigns. Hildebrand stayed in Indy Lights a second year and won the title, and through a chain of acquaintances and connections that eventually included then-Force India boss Vijay Mallya, he managed to get himself included in a simulator shootout hosted by the team’s technical partner McLaren that would reward the winners with seats in F1’s first ever young driver test.

Hildebrand beat an A1GP champion and a GP2 race-winner to earn his F1 test debut, and the stakes were raised when the test was turned into a shootout between himself and DTM star Paul di Resta to be Force India’s reserve driver for 2010. Although he Lost, the team was willing to help fund a move to GP2 for Hildebrand as he had no IndyCar seat lined up either.

That didn’t come to fruition, but Hildebrand eventually did make his IndyCar debut and infamously lost the 2011 Indianapolis 500 at the last corner of the race on his seventh start in the series, to Dan Wheldon. He still races part-time in the series today.

Many British and German drivers have been called the next Lewis Hamilton or Michael Schumacher over the last decade-and-a-half, with a string of top karting results or success against older opposition thrusting very young drivers into the spotlight.

While it is of course very difficult to live up to such expectations, some drivers and their families or management choose to run with the comparisons. When he was 11, Santino Ferrucci had a 3,000-word feature called ‘The Great Santino’ dedicated to him in GQ, one of the world’s most-read men’s magazines. 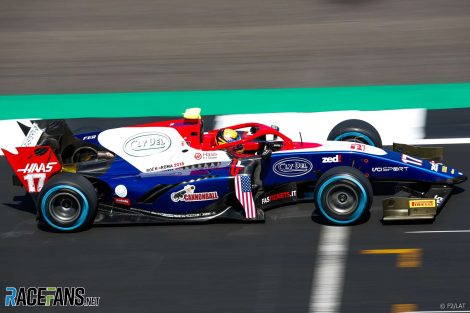 Ferrucci left F2 in controversyIt focused a lot on Ferrucci beating drivers who were older and taller than him, and included many a quote from the youngster about where he thought his career was headed. His predictions were quite ambitious.

Once Ferrucci made it to cars, he wasn’t one of the standout drivers in any of the competitive series he raced in and the very highest expectations had been looming over him throughout. His self-belief was undamaged even in series where the fight was to finish in the top ten rather than get podiums and wins, and after reaching F2 his F1 dream was then ended amid controversy.

But when he was handed a chance to race in IndyCar, somewhat to redeem himself, Ferrucci demonstrated a level of skill that caught the whole paddock’s attention. Although he’s yet to get a podium, he’s himself earned a full-time seat in the series again for 2023.

All speed, no budget

Puerto Rico is an unincorporated territory of the United States, and the Caribbean island is where Felix Serralles comes from.

He impressed at every level of junior single-seaters he entered, but simply never had the backing that would send him to F1 or IndyCar. And it’s the same with many drivers, who don’t even try the higher rungs of the European ladder because they know the American equivalent is cheaper and therefore they can compete up to a higher level before the money runs out. 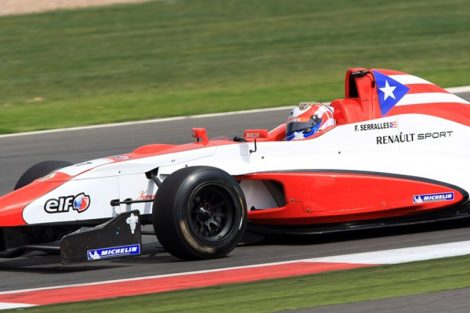 Serralles raced against many future F1 starsSerralles starred in the Skip Barber national championship in the USA before venturing into Formula Renault 2.0 abroad.

With Fortec Motorsports he came 11th in the Eurocup, against the likes of Carlos Sainz Jnr and Stoffel Vandoorne, and made the podium in the UK championship.

He stayed with the team as he stepped up to F3, winning in the Toyota Racing Series in the winter before making his F3 debut, and several strong wins helped him come third in the British championship. This time he beat Sainz, and was up against several other future F1 and IndyCar stars, then he spent a third year with Fortec by heading to FIA European F3.

But with each step he was going up against bigger teams, particularly when he moved to Team West-Tec for his second European F3 season in 2014, and impressive performances were harder to spot when he was never in podium battles and also getting involved in too many incidents. 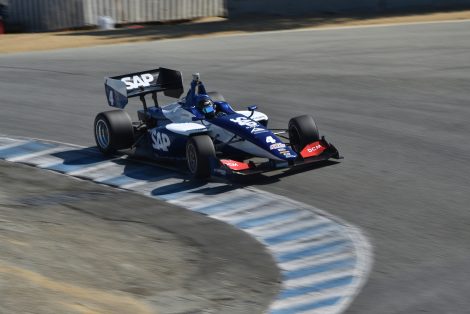 Serralles lacked the budget to compete at senior levelIt’s not just that driving for bigger teams tends to lead to better results, but such operations are more likely to have the facilities and personnel to train drivers better for their next steps so they can maximize future opportunities. Serralles at times clearly lacked that kind of environment to realize his potential.

Although he then raced and won in Indy Lights for two years, and tested in IndyCar with Andretti, no sponsors were lining up to fund a route to the top.


Did you miss our previous article...
https://formulaone.news/mclaren/car-collection-of-drake-is-amazing