That’s what we love about the McLaren F1 LM

McLaren is a British automaker best known for its self-produced ridiculously fast and daring supercars. The company was founded as McLaren Cars in.. 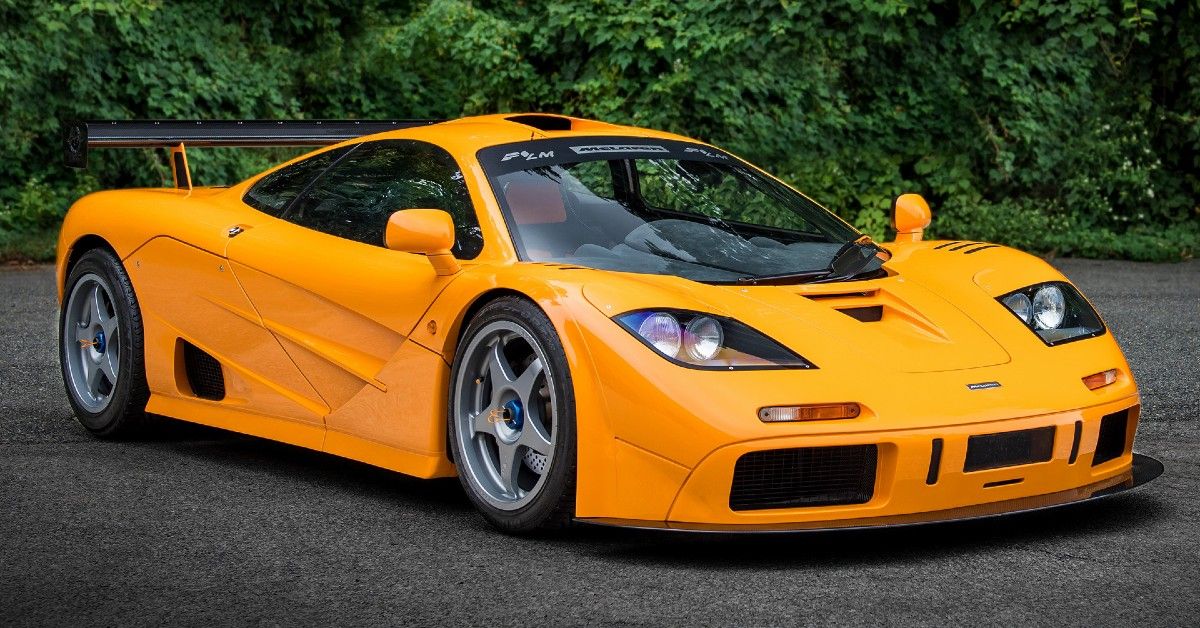 One of the most famous vehicles is the McLaren F1. This car was produced from 1992 to 1998 and is now considered one of the most important supercars in history. In fact, many consider it the greatest automobile ever made. This car was owned by the likes of Elon Musk, Jay Leno, and Ralph Lauren.

In 1995 a special edition of this iconic car was created. It was called the McLaren F1 LM and was built to honor the five McLaren F1 GTRs that competed and finished the 1995 Le Mans 24 Hours. Their places were first, third, fourth, fifth and thirteenth in the overall standings.

This ride is based on the McLaren F1 GTR, but changes have been made to ensure it is street legal. Also, this car lacks some of the engine restrictions that came from the racing rules of the time that plagued the GTR.

It’s different too because the McLaren F1 was originally built to serve as the perfect road car. This meant it had undeniable speeds but was also comfortable to drive. To pay homage to the GTR, they placed it lower on the floor and equipped it with a more reduced interior. This meant that the five McLaren F1 LM produced were not suitable for everyday use.

There’s a lot to love about the McLaren F1 LM. It’s a super fast and extremely rare ride that is incredibly stylish. Here are just a few of the things we love about this athletic beast from one of the world’s most renowned supercar manufacturers of all time.

The McLaren F1 LM is known for Beng Fast

One of the first things that spring to mind when considering a ride like the McLaren F1 LM is that it’s super fast. This makes sense as this is a vehicle that was created to pay tribute to the racing world. According to Ultimatespecs.com, this car is powered by a naturally aspirated V12 engine. This powerful machine develops an impressive 670 hp at 7,800 rpm. For torque, it offers 519 lb-ft at 7,800 rpm. The transmission is a 6-speed manual which is incredibly fun.

When it comes to performance that people really care about, this souped-up version of the already snappy McLaren F1 goes from 0 to 60 mph in just 2.9 seconds. This is an incredibly fast car, and it gets even more when you consider it launched in 1995. This is just one of the many reasons this car is so valued.

There is room for three

While that’s not a determining factor in how cool a car is, the McLaren F1 LM can seat three people. That’s pretty awesome because the vast majority of supercars are two-seaters. The layout used creates a triangle shape. The driver sits in the middle with the seat slightly forward, and there is a passenger seat on either side of the car.

Not only does this allow more people to ride in this iconic car, it also just looks more futuristic. We’re always excited to see different iterations of a vehicle’s interior, and this one is pretty exciting. In addition, this design makes the McLaren F1 LM look more like a racing car than if it only had two seats. This is another opportunity to honor the five winners of the Le Mans 24 Hours.

We’ve already said it, but we have a thing for rare cars. There is something special about a car, or even a version of a car like this one that has only been produced a few times. This is the case with the spectacular McLaren F1 LM. Only six of these rides were produced, including the prototype.

Because the demand was so great, McLaren offered a high downforce kit that almost completely emulated the LM aero kit. This also allowed people to tune the regular F1’s engine to the LM’s specifications. Of course, many owners of the McLaren F1 have chosen it.

These upgrades aren’t quite the same as owning one of the few McLaren F1 LMs that have been produced, but it’s close enough for most.

The McLaren F1 LM is really something special

There are a few cars in history that have earned the title of fastest production car, but McLaren’s F1 LM is by far one of the most iconic. This is a company that really understands the importance of style, speed, and most importantly, a unique approach to building cars.

People all over the world are hoping for their chance to see this car in person and maybe one day even drive it. The same is true even of the original F1 as it is also super special and has served as a trademark in auto history.

This Lamborghini Espada Rat Rod breaks all the rules

The backstory of this custom build is extraordinary.

Barnell Anderson is a Louisiana, United States writer with a real passion for cars and motorcycles. His main areas of expertise are car history and concept cars. Barnell’s favorite car is the Ford Mustang. He also wants to own a Tesla one day!

The post That’s what we love about the McLaren F1 LM first appeared on monter-une-startup.