Having taken a grid penalty for his incident with Kevin Magnussen in Brazil, the Australian moved up from 13th on the grid to ninth at the flag,.. 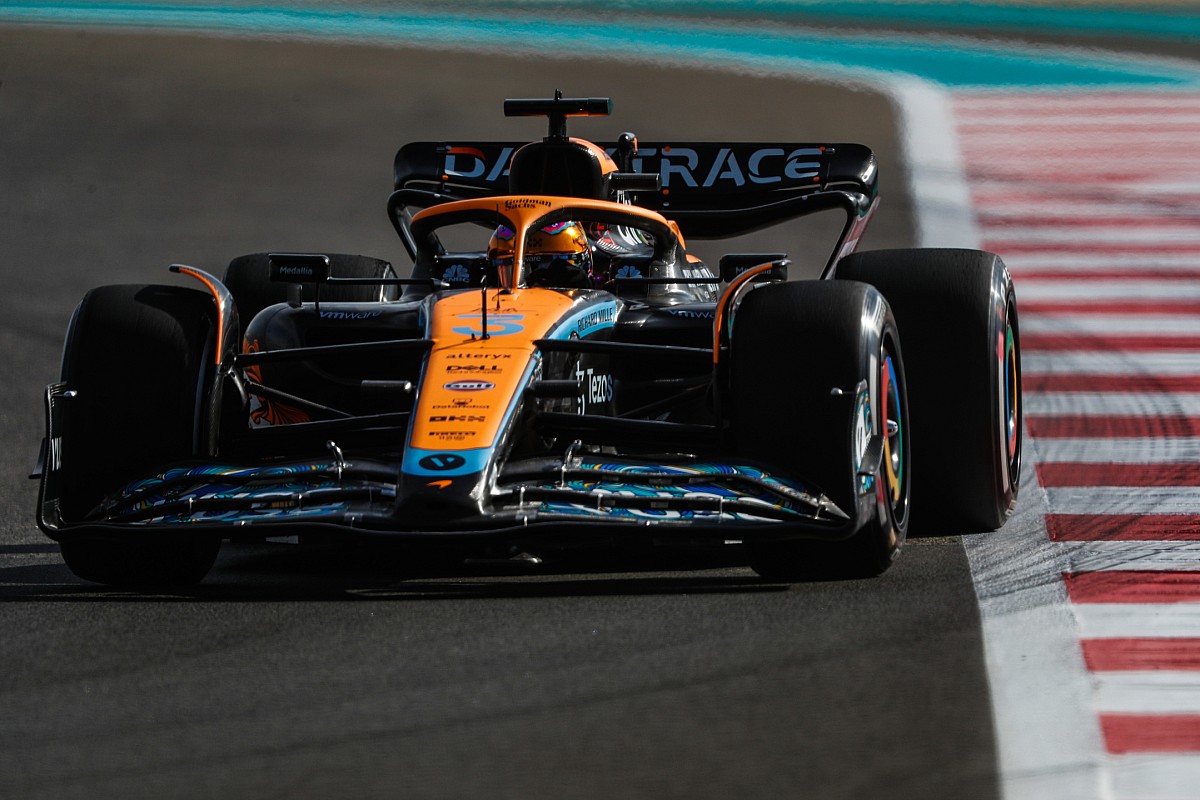 Having taken a grid penalty for his incident with Kevin Magnussen in Brazil, the Australian moved up from 13th on the grid to ninth at the flag, successfully holding off Sebastian Vettel.

Ricciardo, who has long intended to sit out 2023 and look for a race seat for the following year, was announced on Wednesday as third driver for Red Bull Racing.

The Australian said he tried to stay focused and not get emotional during his last race with McLaren.

“I’m happy, I’m relieved also that the season finished like this and not like the race in Brazil,” he said of his final McLaren outing.

“I think to see the checkered flag, to finish in the points, it just makes me a little more at peace with how this year has ended.

“And, of course, I don’t know what the future holds. So if this was to be my final ever race, at least I can say I had a nice little battle with Vettel at the end, and I feel a bit more content with my performance. So for that, I’m relieved.”

He added: “I tried not to get too emotional, honestly. Because it’s not a sure thing. Maybe it is, maybe it isn’t. I didn’t want to be overwritten with emotions, nostalgia, and all these things.

“I was just trying to stay focused, and certainly trying to absorb everything and appreciate it. But ultimately, still stay focused and try to focus on obviously the 58-lap race.”

Despite his solid drive, Ricciardo admitted that he didn’t feel like he had reached the potential of the car.

“I think like on pace, it was still tricky to really get everything out of it,” he said when asked by Autosport if he had to same feeling he had during his charge in Mexico.

“And I was quite sure Vettel was going to get me with the rate he was closing so to hold him off that made me proud, and Lewis’ misfortune meant that Seb got the last ever point of his career. So that made me a little happy for him as well.”

Ricciardo said that knowing he won’t be on the grid next year will provide some motivation.

“So I’ll truly know then if my place is back on the grid. If I’m watching as a fan and not really caring too much, then I also have my answer that okay, then my future looks different. So I hope to get these feelings of course, I’m sure I will.

“But it also allows me some time off and some time to let’s say rebuild myself and just to get a year of not so many highs and lows, just something a bit more balanced.

“Also, just for me, personally, I think it will make me a little more consistent and a little happier.”


Did you miss our previous article...
https://formulaone.news/mclaren/perez-quickest-from-verstappen-in-fp3