No doubts about seeing out McLaren F1 contract

Brown caused a stir when he told Sky Sports that, off the back of Ricciardo’s ongoing difficulties in fully getting on top of McLaren’s car.. 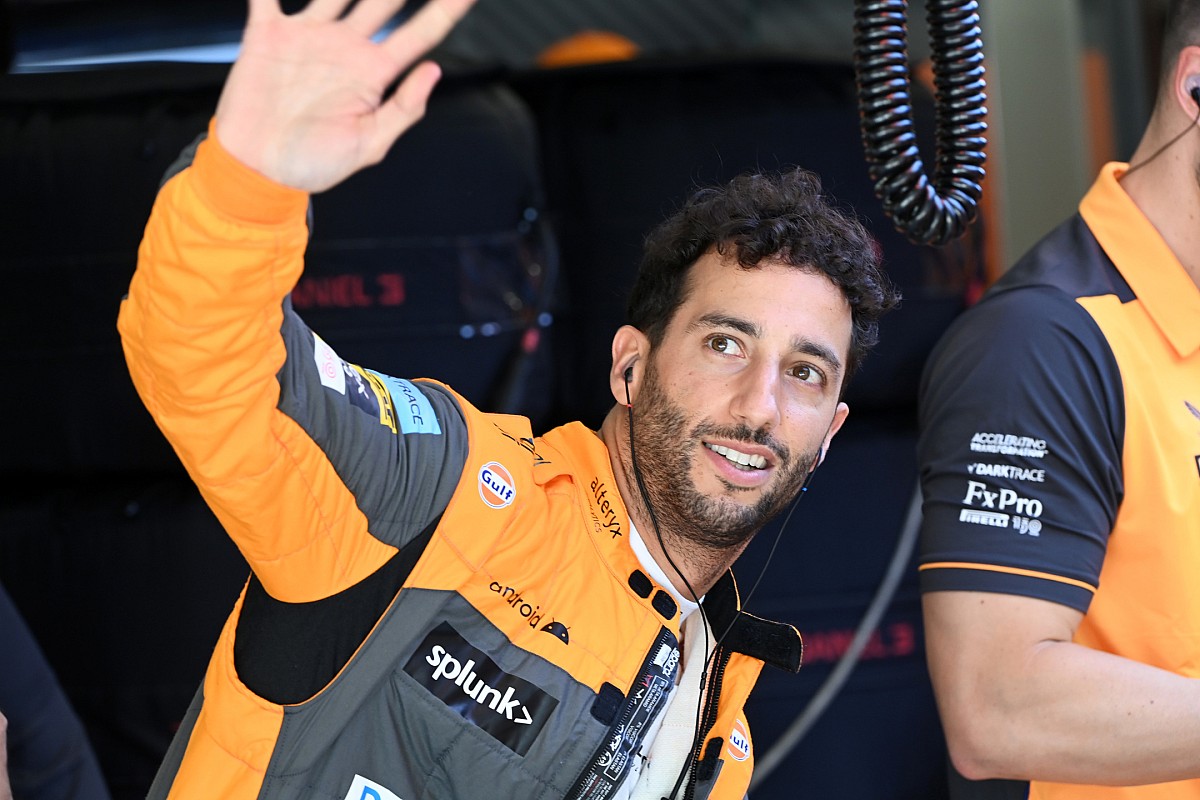 Brown caused a stir when he told Sky Sports that, off the back of Ricciardo’s ongoing difficulties in fully getting on top of McLaren’s car characteristics, their partnership had not lived up to expectations.

“We would obviously like to see Daniel much closer to Lando [Norris] and have a good intra-team battle,” he said.

“Daniel is just not comfortable yet with the car, we’re trying everything we can. Again it was a disappointing weekend.

“Short of [Ricciardo’s win at] Monza and a few races, it’s generally not kind of met his or our expectations, as far as what we were expecting.”

Brown’s remarks were interpreted by some as suggesting that Ricciardo’s future at the squad could be under threat if he did not start making some rapid gains.

But asked at the Monaco Grand Prix about Brown’s comments, Ricciardo said he fully accepted the criticisms – and was as focused as the team in turning things around.

“It’s not false, it’s pretty true,” he said. “Firstly comments, I don’t take them personally. My skin is tanned, beautiful and also thick. No one’s going to be harder on me than myself.

“I don’t want to be racing around in 10th or 12th places. It’s been a little bit more certainly testing at times in terms of trying to get up and maximize myself in this car. But we’re working together hard at it. The team wants it, I want it, and we are just working through it.”

Ricciardo signed a three-year contract with the team that keeps him there until the end of 2023, but caused intrigue after the Spanish GP when he suggested that talks about his future would begin in the summer.

Asked by Autosport to clarify whether or not it was definite he would see out his deal, Ricciardo insisted that his remarks were triggered by confusion about the year.

Ricciardo had a disappointing run at the Spanish Grand Prix as he fell out of the points, but he revealed that McLaren discovered some problems on his car after the race that contributed to its difficulties.

While the team will not reveal the specific details about what the faults were, those elements have been sorted for Monaco so there should not be any repeat concerns.

“We basically found an issue on the car,” said Ricciardo. “It’s rectified and coming into this weekend we’re all sorted. It’s like a fresh start, let’s say.”

But while his McLaren should be better, Ricciardo is open that he still needs to get more comfortable with the car to be able to extract better performance.

“There is still more that I would like to be getting out of it, which sometimes I can see and then sometimes it’s less clear,” he said.

“I think we’ve also had a few things that have not gone let’s say our way and interrupted some of the sessions.

“It’s a combination of a few things, but I think even putting that aside it’s still been a little bit tricky for me to always gel 100% with the car and feel like I can pull out these spectacular laps.

“There’s been some races at times where it’s been good, but still honestly I’m still working on it. I’d love to say that I’m going to be half a second quicker and awesome every race from now, and I’ I’m working to get that. But yeah, it’s still a bit of a process.”


Did you miss our previous article...
https://formulaone.news/mclaren/cross-the-storm-gtplanet