Mick Schumacher told off by Haas after Abu Dhabi burnout

Mick Schumacher decided to rip a few burnout to commemorate his F1 farewell, only to be told off by Haas for doing so. Pictures: Getty.. 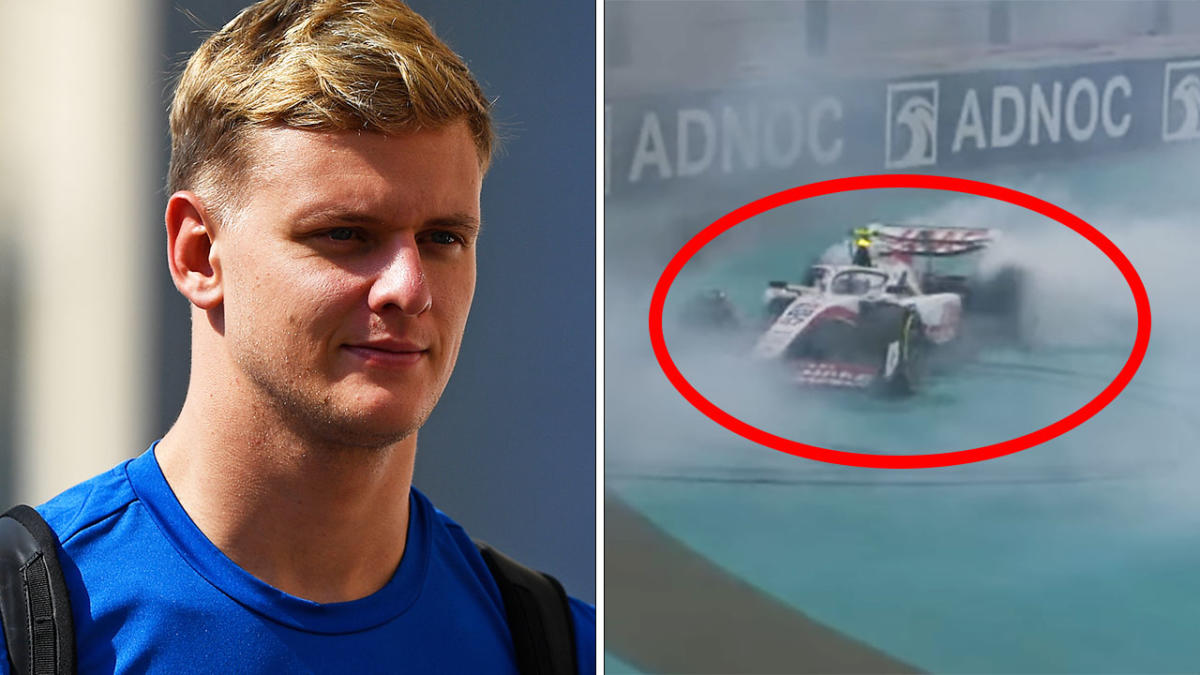 Mick Schumacher decided to rip a few burnout to commemorate his F1 farewell, only to be told off by Haas for doing so. Pictures: Getty Images/Formula One

It’s been a brutal few weeks for Mick Schumacher losing his F1 drive at Haasand a final telling-off from the team after the Abu Dhabi GP was the final bit of salt in the wound.

Schumacher’s two-year stint in F1 will be on hold for the time being after Haas opted to replace the former F2 champion with former F1 driver Nico Hulkenberg for 2023.

TOO FAR: Max Verstappen hits out over ‘disgusting’ truth amid F1 furore

After a debut season in 2021 which was essentially a mulligan as Haas focused the entirety of their efforts on developing the 2022 machine, Schumacher struggled alongside new teammate Kevin Magnussen this year.

Despite some flashes of brilliance from the young German driver, difficulties in consistently scoring points as well as a series of expensive crashes have ultimately doomed the 23-year-old to lose his seat.

Though it has at times been a rocky ride for Schumacher, his farewell from the team was a fond one, with both driver and team thanking one another for the opportunity after crossing the line in the season-ending Abu Dhabi GP.

Schumacher finished the season with 12 points, tied with Alpha Tauri’s Yuki Tsunoda, while Haas finished ninth in the championship standings.

Typically after the season-ending race, F1 race control will clear the three podium finishers to rip some burnouts on track to celebrate the end of the season.

In a cheeky move, both Daniel Ricciardo and Schumacher decided to bend their rules in what would be their last appearance behind the wheel of an F1 car for the foreseeable future, joining the podium finishers, as well as retiring four-time world champion Sebastian Vettel in lighting up their tires.

Unfortunately for Schumacher, Haas weren’t willing to let it slide.

“That’s alright. I love you too,” Schumacher replied.

In addition to Schumacher, Ricciardo, Vettel and Williams driver Nicholas Latifi will all be departing the F1 grid next season.

Ricciardo and McLaren have ended their partnership a year early to make way for fellow Australian driver Oscar Piastri, while Vettel will be replaced by Fernando Alonso.

Over at Williams, Latifi’s vacant seat will be filled by American hopeful Logan Sargeant, who enjoyed an impressive F2 campaign this season.

There had been speculation that Ricciardo could take a seat at either Williams or Haas, but the 33-year-old eventually settled on spending a season on the sidelines in the hopes of returning to the grid for the 2024 season. 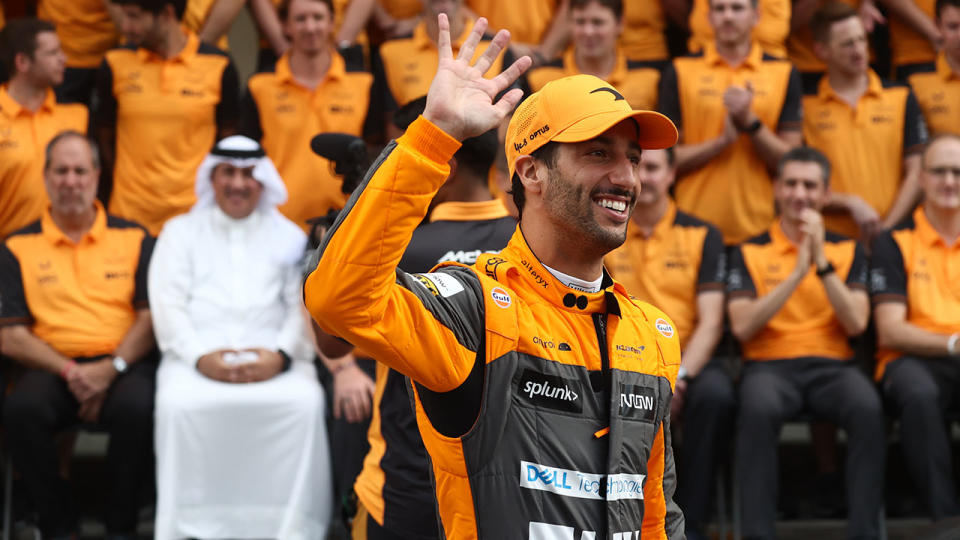 Daniel Ricciardo has farewelled McLaren after two season, with the lone high point a win at the 2021 Italian GP. (Photo by Jakub Porzycki/NurPhoto via Getty Images)

In the meantime, Ricciardo has accepted a reserve driver role with Red Bull – however team boss Christian Horner has been quick to dispel any talk of a race seat for the Australian.

“We have a contract with Checo (Perez) for the next two years.”

Red Bull gave Perez a contract extension earlier this year, keeping him at the Milton Keynes-based squad until the end of 2024.

Max Verstappen, who clinched his second world title this year and is gunning for a record-extending 15th win of the year in Sunday’s Abu Dhabi season finale, is signed up until 2028.

Click here to sign up to our newsletter for all the latest and breaking stories from Australia and around the world.

Did you miss our previous article...
https://formulaone.news/mclaren/automobilista-2-usa-part-3-released