A new McLaren ride-on toy is coming out, and this time McLaren has turned the GT into a children’s toy. This GT joins other McLaren ride-ons already .. 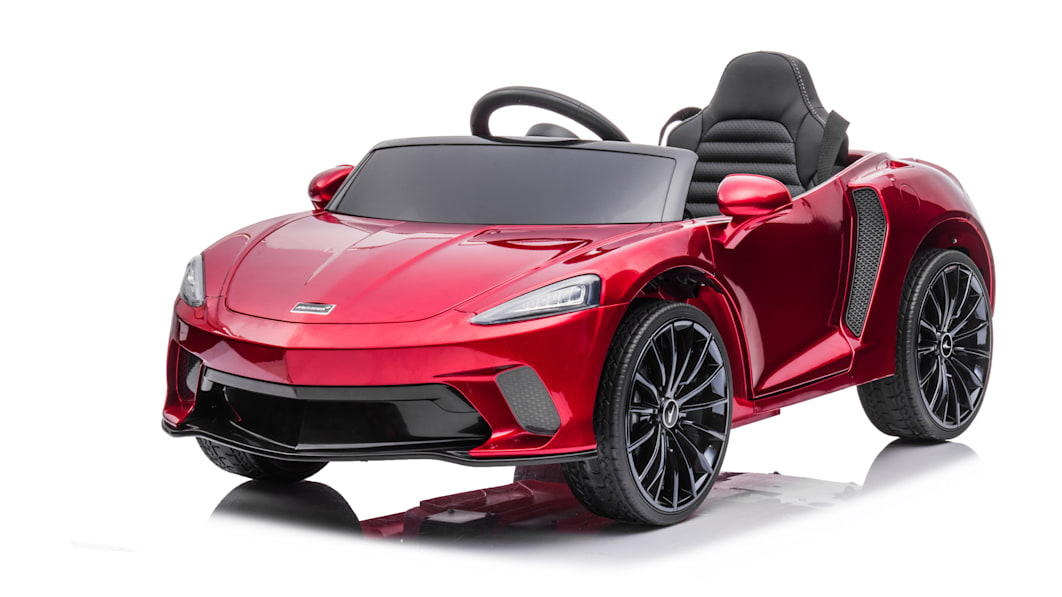 A new McLaren ride-on toy is coming out, and this time McLaren has turned the GT into a children’s toy. This GT joins other McLaren ride-ons already made from the P1, 720S and Senna.

Just like the actual McLaren GT, this one has a rear storage compartment behind the driver. You can stow plenty of other Hot Wheels cars and / or cuddly toys in the compartment.

McLaren promises that three to six year olds will also enjoy driving. As with the McLaren F1 or Speedtail, the focus is on the individual seat. There is an actual key that you use to start the vehicle. When you press the throttle stick to accelerate, a loudspeaker plays easy-turning sounds from the GT. Also, the brake pedal is synchronized with an actual brake light in the rear of the car. Whether or not other young drivers pay attention to the brake light is up for debate, but it’s there to take the experience to another level.

McLaren, even after the street car, says it offers an “infotainment system” that lets you play music files from a USB or SD card. An optional MP4 screen is available if you want to watch videos too. Apparently, distracted driving is less of a problem when driving on a lawn.

We’re pretty impressed with the design details and the replica of a real McLaren GT throughout the vehicle. You even get the GT’s V-shaped doors to look extra cool when getting in and out of the ride-on.

If you’re looking to buy one for your child, the starting price is $ 230. Access a few options (this is a McLaren we’re talking about here) and the price goes up to $ 330. You can buy one in the following colors: Burnished Copper, Silica White, Onyx Black, McLaren Orange, Amaranth Red, and Burton Blue. According to McLaren, the GT Ride-On can be ordered from select global toy retailers.