The Football Association of England (FA) has opened an investigation into the fan chaos that took place during the Euro 2020 final between England.. 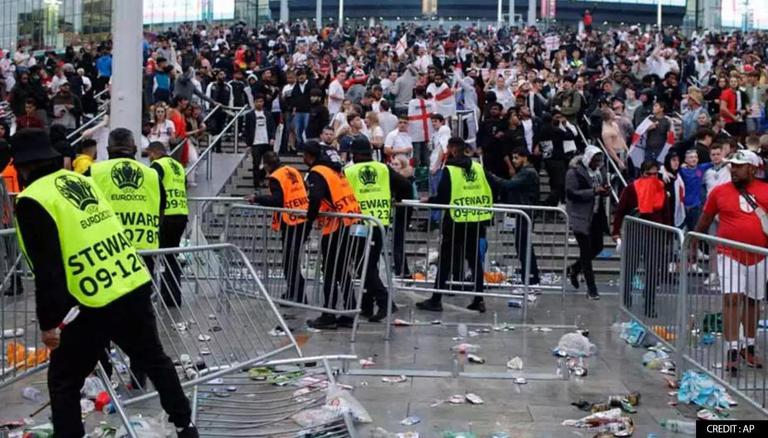 The Football Association of England (FA) has opened an investigation into the fan chaos that took place during the Euro 2020 final between England and Italy at Wembley on July 12, a 1-1 draw in regular time. Before kick-off, however, several supporters without tickets broke through the gates of Wembley Stadium and walked on the ground.

UK police said they arrested 49 people while they were monitoring the final. About 19 officers were injured in clashes with the crowds around the stadium. The FA released a statement Monday in response to the incident condemning the actions. The statement said: “We are determined to fully understand what happened outside and then at Wembley at the UEFA EURO 2020 final on Sunday 11 July 2021.

The FA added: “We have informed DCMS informed [Department for Digital, Culture, Media and Sport] at the weekend that an independent report, led by Baroness Casey of Blackstock, was hired to report on the facts and circumstances involved. It will speak to all parties concerned and involve external experts. A major focus of the results will be to ensure that lessons are learned and that such nefarious scenes can never be repeated. We continue to work with the relevant authorities to support their efforts to identify those responsible and hold them accountable. “

Italy’s Euro 2020 final victory was overshadowed by a number of off-field incidents. McLaren F1 driver Lando Norris was involved in a robbery after the Euro 2020 final, in which his watch was stolen. The Formula 1 driver announced that he felt traumatized after the violent incident.

According to the AP, McLaren said in a statement: “McLaren Racing can confirm that Lando Norris was involved in an incident following the Euro 2020 final at Wembley where the watch he was wearing. Fortunately, Lando was unharmed but he “is understandably shaken. The team supports Lando and we are sure that the racing fans together wish him all the best for the British Grand Prix this weekend. Since it is now a police matter, we cannot comment further. “