McLaren F1 Team Principal Andrew Seidl couldn’t have been happier at the outcome of the first Singapore Grand Prix since 2019, as Lando Norris.. 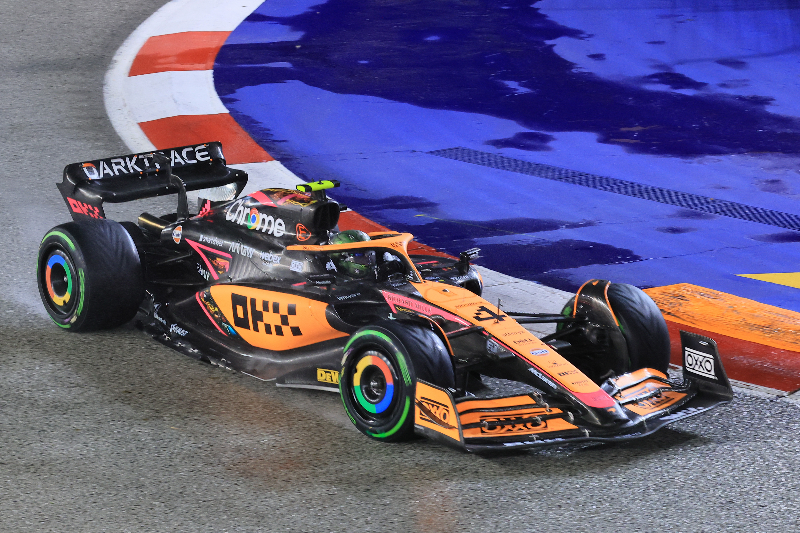 McLaren F1 Team Principal Andrew Seidl couldn’t have been happier at the outcome of the first Singapore Grand Prix since 2019, as Lando Norris finished fourth and Daniel Ricciardo Fifth, to seal a first double top five finish of the season for the Woking-Based Team.

The result at the Marina Bay Circuit was beyond McLaren’s wildest dreams, as not only did they seal a double top five finish, but rivals the Constructors’ Championship BWT Alpine F1 Team saw both of their drivers retire with what appeared to be a double engine failure. As a result of McLaren’s four-five finish and Alpine’s double-DNF, the papaya-side are staggeringly back into fourth in the Constructors’, after scoring twenty-two points in challenging conditions.

Norris was consistent all race. The Brit made a strong start and ran in fifth for the majority of his opening stint; however, he rose to fourth thanks to Lewis Hamilton going into the barrier. The McLaren driver defended brilliantly from Max Verstappen, who ended up in the Turn Seven runoff following a Safety Car restart due to trying a lunge on Norris. Pitting during the Safety Car period worked perfectly for Norris and Ricciardo, who made his way through the field from sixteenth to fifth in what was his best drive of the season.

Seidl knows full well that his team are now “back in the game”, with the pressure seemingly now on their French rivals to comeback.

“Twenty two points. Back in the game! Thanks to the entire team for delivering an excellent result this weekend, in hot, humid conditions here at the track in Singapore, back at the MTC and our colleagues at Mercedes HPP. Daniel and Lando both had superb drives today in tricky conditions.

“They did not put a wheel wrong on a day when many of their peers went off – but equally they benefitted from great teamwork and clear communication from their strategists, engineers and the pit crew, who once again delivered.”

Pitting both drivers during the Safety Car for Yuki Tsunoda‘s crash was a massive stroke of luck, but it can’t be argued that they reacted the opportunity to box both drivers perfectly. This mixture of luck and the correct call gave the team the chance for a mega finish, which wouldn’t have been possible without a mega drive from Ricciardo.

“We made the right calls today when it was very tricky to judge the best course of action, added Seidl.

“While we were in a good position from early in the race, in these conditions and particularly on this track, it is always tempting to jump early, switch to the slicks and try to grab even more. We had patience, two reliable cars, and solid pitstops, all of which were crucial factors in the result today.

“Special mention for Daniel. From P16 to P5 is a magnificent achievement. Both he and everyone on his side of the garage have worked so hard and shown so much commitment this year, it makes me very happy to see his best result of the season so far.”

Norris was fitted with an upgrade for the weekend in Singapore which all appeared to work very well, Ricciardo will now get the parts fitted to his car as well at the upcoming Japanese Grand Prixwhich is also returning after a COVID-19 caused break.

Seidl wants the team to, of course, be extremely pleased with the result; however, he has warned his side not to get “carried away”.

“Beyond the result, the upgrade that we ran on Lando’s car worked as we expected, which is a big positive. We’re looking forward to it being fitted on both cars in Japan.

“We won’t get carried away with the result today. It’s good to be back up to P4 in the Constructors’ Championship but we’re in a tough competition with a very strong Alpine team. We’ll keep our heads down and keep working hard until the final lap in Abu Dhabi… but first up, Suzuka!”