KANNAPOLIS, NC (WBTV) – For the first time in nearly three years, the Kannapolis-based Haas Formula One team has managed to record a double points.. 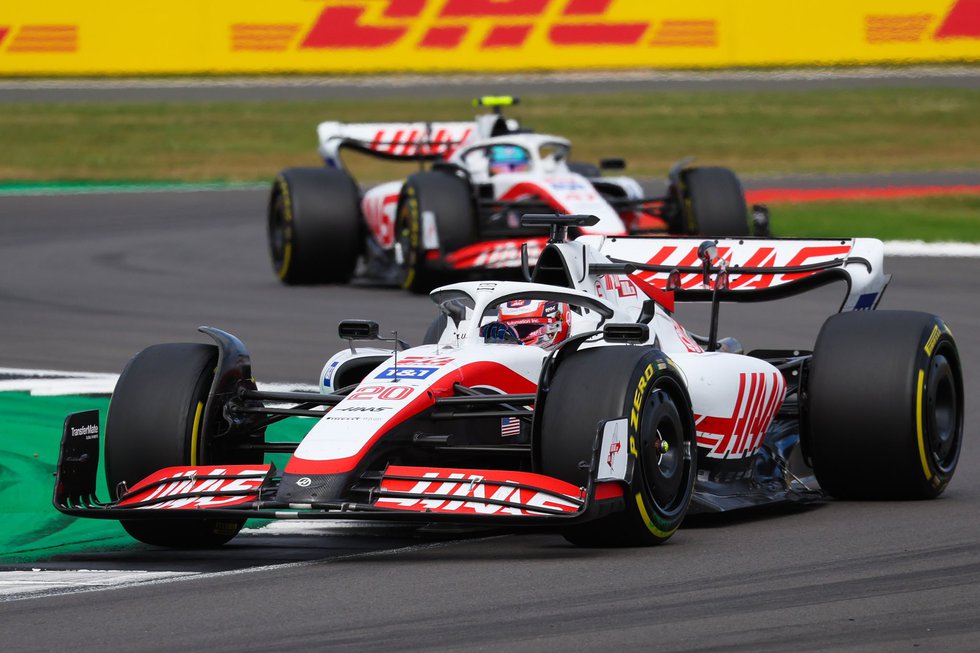 “I’m very happy for the whole team to have scored double-points today,” said Team Principal Guenther Steiner. “We deserved it – it wasn’t by luck – starting from P17 and P19 and ending eighth and tenth, we couldn’t have wished for more. The cars were fast, the guys did a good job, the pit stops were good, so what we need to do now is a very good qualifying and a very good race and then we’re back in the game.”

The race was red flagged for nearly an hour following a horrifying first lap crash that involved several drivers. Alex Albon and Zhou Guanyu were taken to the medical center. Both drivers were conscious and evaluated, according to F1. Albon was transferred by helicopter to Coventry Hospital for precautionary checks following the opening lap incident, according to his team.

In the race, Magnussen lined up from 17th on Pirelli P Zero Red soft tires, with Schumacher 19th on Yellow mediums, but the race was suspended after only a few corners after a violent first corner accident that eliminated several drivers.

Schumacher took the second start from 16th place, on medium tires, and gradually worked his way through the order, pitting for white hard tires on lap 19, before stopping for softs on lap 39 when the safety car was deployed. Starting 10th at the restart, Schumacher made gains during the final laps and battled fiercely against Max Verstappen to finish eighth overall.

“We’re really happy,” Schumacher said. “Coming back from P19, I said we have the speed to go forwards and we definitely showed it today. It’s great for the team, a double finish in the points, so that’s obviously very helpful in the constructors. For me, I’m happy now to focus on what’s really important and that’s the racing and the driving.”

Magnussen launched off the line from 14th place at the restart, also on mediums, and came in on lap 22 to change to another set of the yellow-banded tires. Magnussen stayed out during the late safety car period and resiliently battled against cars on fresher soft tires to round out the top 10.

“I don’t think we could’ve hoped for anymore,” Magnussen said. “I think on the first stint we didn’t have great pace, at least compared to the second stint where the pace picked up. I lost a few positions in the first stint, annoyingly, because then we got the safety car towards the end . We were advised to pit both cars and I took the decision to stay out – I don’t know if it was right or wrong – but if it was wrong, it was my decision. Two cars in the points though, you have to be super happy with that, to get a decent amount of points at this stage in the year, it’s very good. We go away from here with a big smile on our faces and with big motivation for the races ahead.”

Next up is Round 11 of the 2022 FIA Formula 1 World Championship is the Austrian Grand Prix at the Red Bull Ring. Qualifying – Friday July 8. Sprint – Saturday July 9. Race – Sunday July 10.