“That kid must be really proud”: Watch 6-year-old Charles Leclerc talks confidently about becoming an F1 driver in the future

An interview of current Ferrari F1 driver Charles Leclerc shows how the Monegasque was certainly to follow the path to being an F1 racer at a very.. 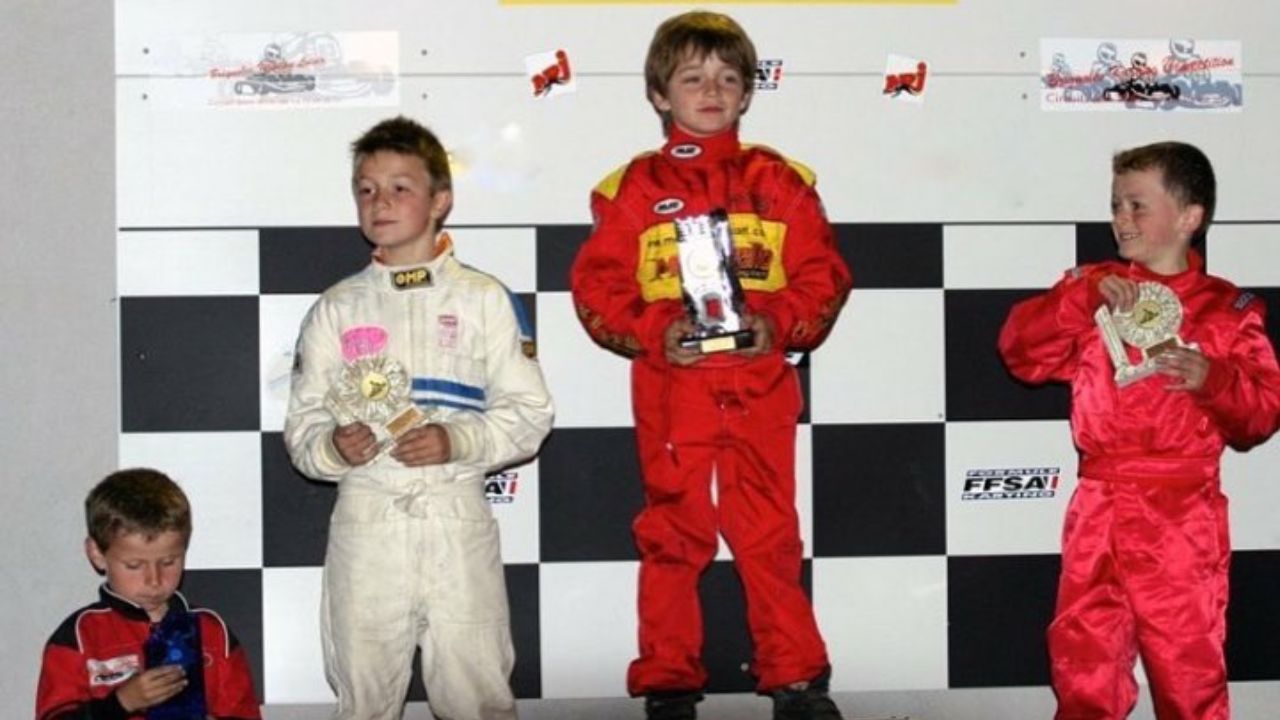 An interview of current Ferrari F1 driver Charles Leclerc shows how the Monegasque was certainly to follow the path to being an F1 racer at a very young age.

Charles Leclerc is one of the most talented drivers in the 2022 F1 grid. The Ferrari driver stands 2nd in the Drivers championship during the F1 summer break.

Charles has won 5 races and claimed 18 podiums and 16 pole positions during his 4 seasons in Ferrari. And the 24-year-old has a long career in racing to further expand his honours.

Ferrari has not won a driver’s title since 2007 under Kimi Raikonnen. But with the current form, Charles is Ferrari’s chosen won to win the next Driver’s title.

Lewis consoles a young Charles after a heartbreaker at Bahrain 2019 pic.twitter.com/GtXPwoTxyM

Leclerc joined the Ferrari Driver Academy and he acted as a test drive while he was racing in F3. Charles won F3 in 2016 and later the F2 championship in 2017

While Leclerc is currently aiming for the F1 championship title, he achieved a long-standing dream to race in the pinnacle of motorsports. A vision that the young Monegasque set for himself when he was only 16

So read: Jules Bianchi foresaw what Ferrari superstar is capable of long ago

Charles started karting when he was only 7. He was inspired by his dad Herve Leclerc who was race car driver himself. And this is when Charles met his friend and mentor, Jules Bianchi.

Charles met Jules through their fathers who were best friends. The duo used to practice in the tack in Brignoles, France. Jules was a mentor who always kept a close eye on the younger Leclerc.

In 2013, Charles was signed by ART Karting team. He won the WSK Euro Series title. And also finished runner-up in CIK-FIA European KF2 Championship and the CIK-FIA Under 18 World Karting Championship.

He would finish the CIK-FIA World KZ Championship, behind current Red Bull driver and title rival Max Verstappen. But Charles was determined to make it to F1 during his teenage years.

if you asked 16 years old charles what his dream was…

that kid must be really proud

In an interview by the ART team, he said, “My dream is to be in Formula 1. But I know I must work a lot to be in F1. There are only 24 drivers and it is very difficult to reach that.”

Leclerc was managed by the former Ferrari Team Principal, Nicolas Todt’s All Road Management company. He adds, “With Nicholas managing me, I just need to do the work. Maybe one day I’ll have the chance to be in F1.”

Indeed, Leclerc put in the hours on and off the track to achieve what he always wanted to as a child. And after a decade, Charles is in F1, racing with his dream team – Ferrari.

So read: Max Verstappen thinks karting rival Charles Leclerc is as aggressive as him


Did you miss our previous article...
https://formulaone.news/ferrari/michael-schumacher-f1-legends-wife-corinna-has-big-plans-for-family-f1-sports
Ferrari