Don’t be sad that it’s ending, be glad that it happened. Photo: Bryn Lennon (Getty Images)At the start of the 2022 season, things were beginning to.. 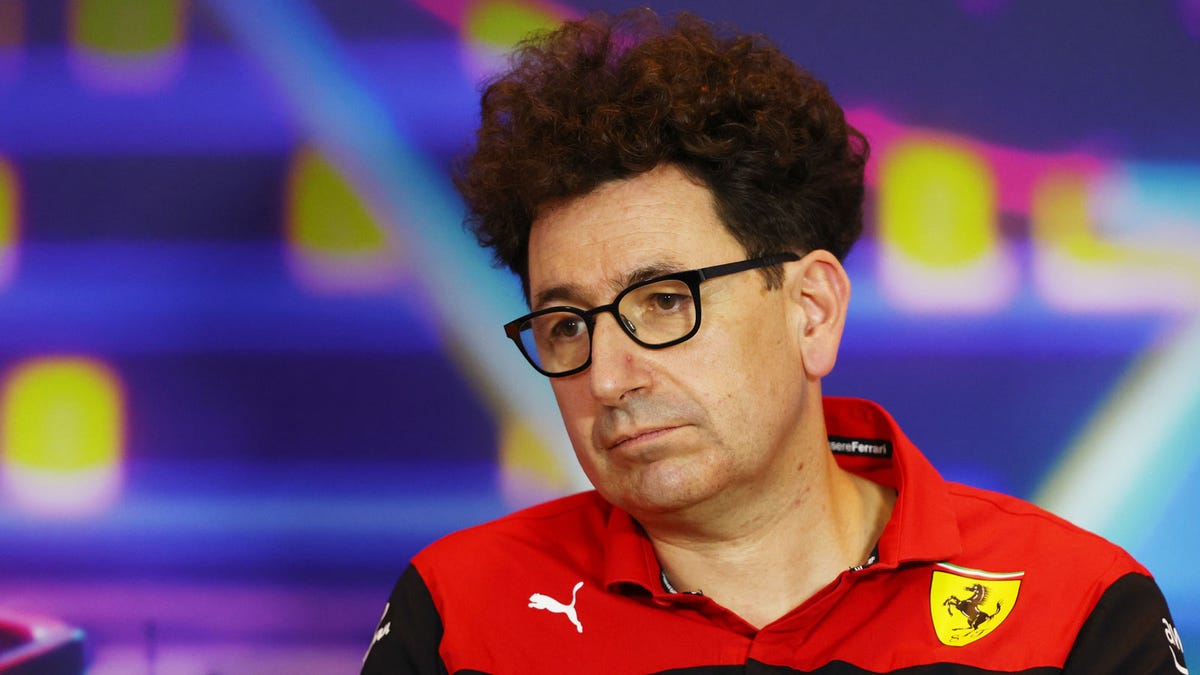 Don’t be sad that it’s ending, be glad that it happened. Photo: Bryn Lennon (Getty Images)

At the start of the 2022 season, things were beginning to look up for Ferrari. They had a strong driver pairing and had built one of the most beautiful cars on the grid in line with Formula 1’s new technical regulations. But after picking up race wins at the start of the year, things have been unraveling for the Italian team. That reached a head this week as team boss Mattia Binotto has announced he’s leaving the Scuderia.

Binotto was appointed as Ferrari team principal in January 2019 after a long career with the Italian side. He first joined the prancing horse back in 1995 as an engine engineer, before he became the team’s engine lead and later its chief technical officer.

Under his tenure at the helm, the team was found to have run an illegal engine in 2019 and endured one of the worst seasons in its history in 2020 when it ended the year in 6th place – its worst result since 10th place in 1980.

Despite struggles early on, Binotto did appear to be turning the team around. He brought in Carlos Sainz to replace the struggling Sebastian Vettel and his lead of the team through 2021 helped the team back onto the podium and up the standings.

G/O Media may get a commission

They’ve thought of everything.
This best selling bidet has … pretty much everything you want from a toilet seat. It’s got a heated seat, a deodorizer. A remote control (yeah!), and a design that allows for no splash-back when in use.

Then, 2022 was meant to be a fresh start for the side as sweeping rule changes were set to reinvent the sport. And at first, it looked like Ferrari may have been about to capitalize on the changes and walk away with this one.

“However, after some more early-season success, Leclerc and Ferrari’s title challenges were derailed through a combination of unreliability, strategy mix-ups and driver mistakes – along with rival Red Bull’s relentlessness.

“Initial reports of a structural change in the Italian media were denied by Ferrari, but further speculation emerged in the wake of the Abu Dhabi season finale and the Scuderia released a statement on Tuesday morning to confirm that Binotto had resigned.”

the statement shared by Ferrari, said that Binotto will leave his role with the team on December 31st. The Italian side added that “the process is underway to identify Scuderia Ferrari’s new Team Principal and is expected to be finalized in the new year.”

Binotto said: “With the regret that this detail, I have decided to conclude my collaboration with Ferrari. I am leaving a company that I love, which I have been part of for 28 years, with the serenity that comes from the conviction that I have made every effort to achieve the set of objectives.

“I leave a united and growing team. A strong team, ready, I’m sure to achieve the highest goals, to which I wish all the best for the future. I think it is right to take this step at this time as hard as this decision has been for me. I would like to thank all the people at the Gestione Sportiva who have shared this journey with me, made up of difficulties but also of great satisfaction.”

Look at us, look at us. Photo: Clive Rose – Formula 1 (Getty Images)

There’s no word yet on who could be in line to replace Binotto at the world’s most famous race team. But reports have been swirling that Alfa Romeo boss Frederic Vasseur has been approached for the role, as has McLaren team principal Andreas Seidl and even F1 exec Ross Brawn. When will this F1 silly season end?