The new era of Formula 1 is in full swing and the sport as we knew it has been shaken up significantly.While world champion Max Verstappen is still a .. 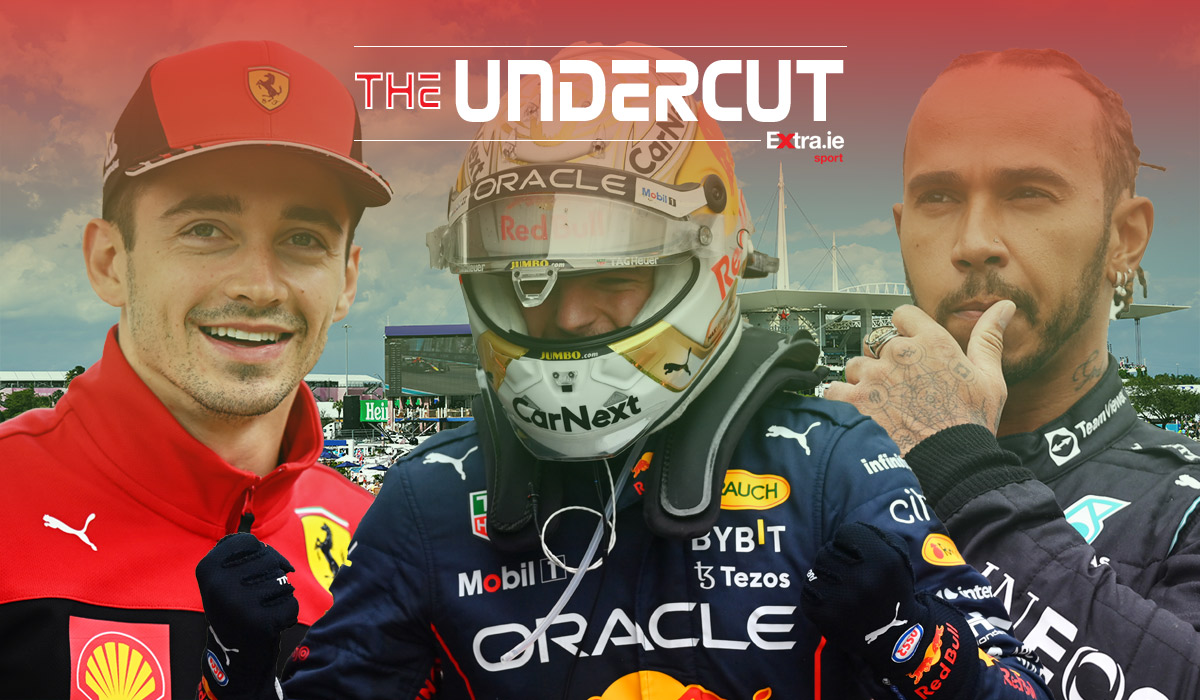 The new era of Formula 1 is in full swing and the sport as we knew it has been shaken up significantly.

While world champion Max Verstappen is still a contender, he has a new championship rival and the near decade-long dominance of Lewis Hamilton and Mercedes has come to a halt.

Here are five lessons from the opening five races…

Ferrari are finally in the fight

Whether first or last, Ferrari is the biggest team in F1. The scarlets red cars are synonymous with the sport, and should always be fighting at the front.

Except, in the last two seasons they had done anything but. A dreadful 2020 was not made much better by a decent 2021, despite the shoots of recovery being there for all to see.

The team would constantly remind us to judge them on 2022, the sport’s new regulations giving the team a chance to put things right.

We are just five races in, but the signs for the fallen giants are more than promising.

Race winner Charles Leclerc of Monaco and Ferrari celebrates on the podium during the F1 Grand Prix of Bahrain at Bahrain International Circuit on March 20, 2022 in Bahrain, Bahrain. Pic: Lars Baron/Getty Images

All signs point to a title battle between the Italians and Red Bull; not of the like we saw in ’17 and ’18 when their early season surges were quickly stopped by Mercedes.

More so in the ilk of when they last won a title — the 2008 World Constructors’ Championship or Kimi Raikkonen’s Drivers’ success of 2007. It has been a long while.

The team had an advantage in the development stakes and so far it has shown. Ferrari currently lead both championships.

In Charles Leclerc they have a world champion in waiting. His prophecy could be fulfilled sooner than anyone could have guessed just months ago.

Verstappen finally has a wingman

The real Sergio Perez has stood up at Red Bull Racing.

Bafflingly without a drive for next season as of the time of writing, Perez has hit a competitive level at the team that neither of his predecessors could achieve.

Both Pierre Gasly and Alex Albon tried and failed to fill the void left by Daniel Ricciardo following his 2018 departure. Both failed.

Things were tough at first for Perez too — his obvious Sunday strengths often undone by a shortage of single-lap pace on Saturdays.

But a series of stellar drives toward the campaign’s end and his defensive masterclass against Lewis Hamilton which — as his teammate noted — won Verstappen the title, were the signs of a settled driver.

Too often overlooked in his career, Perez would have known that the regulation changes provided an ideal chance to close the gap to the champion.

The Mexican has done just that. His maiden pole position in Jeddah was the most impressive lap of the year. That he did not win the Grand Prix was solely down to misfortune.

Couple that with his last-lap failure in the season opener and the third-placed Perez could be much better off in the standings. Having fought one-handed for so long, Verstappen finally has his wing man.

Machine is mightier than man

Fernando Alonso’s ‘Welcome to F1’ quip towards Lewis Hamilton carried as much substance as it did cheek.

Alonso — despite winning a couple of world titles — has made a career of joining the wrong teams at the wrong times. His talent warrants more championships, but F1 does not work that way.

Hamilton is only finding this out. As great a driver as the Briton is, his career choices are the polar opposite to that of former teammate Alonso.

Just as McLaren were poised to flounder, Hamilton made a daring move to Mercedes which coincided with the beginning of a new regulatory era, and the emergence of the most dominant team in the sport’s history.

Five F1 lessons: Just as a new era helped him then, the 2022 changes have prevented him and Hamilton is finding out what it is like to be in the mix with the rest of them. Pic: Clive Rose – Formula 1/Formula 1 via Getty Images

Just as a new era helped him then, the 2022 changes have prevented him and Hamilton is finding out what it is like to be in the mix with the rest of them.

The new phenomenon of ‘porpoising’ — bouncing on the straights brought on by aerodynamics — has stopped the best team in the world in its tracks.

A title charge looks unlikely. Hamilton has not lost talent, but he is losing patience.

But as is the case in this sport, talent will only determine so much; whether that is fighting at the front or at the back of the grid.

As far as first seasons in F1 go, Schumacher’s was oddly a success. The car at his disposal was anything but, however the manner in which he demolished teammate Nikita Mazepin came with due plaudits at the time.

The problem is that Mazepin has proven to be a remarkably low bar. The motor racing driver was reduced to a meme by the end of his stint in the sport.

A rookie no more, Schumacher is carrying the weight of pressure in his second season and it has been shown with untimely crashes. Veteran teammate Kevin Magnussen has comprehensively outperformed Schumacher thus far too, and the Dane had spent a year out of the sport.

Now that Haas are picking up points, Schumacher has to pull his weight. One suspect that finishes first in the top 10 will be a monkey off his back. Pressure can be all-consuming — it is the reason he used to enter events under his mother’s maiden name.

The primary purpose of F1’s dramatic regulatory changes was to improve its most important aspect: racing.

On the evidence of what we have seen, things are moving in the right direction.

The cars can follow one another with much more ease now, allowing drivers to fight for lost positions as Leclerc and Verstappen displayed in their Bahrain and Jeddah thrillers.

The sprint race in Imola was a major improvement on the DRS train-athons we witnessed on three occasions in 2021. More of the same please.