The characteristics and set-up of the Ferrari and Red Bull cars have been markedly different through the opening phase of the campaign.Red Bull has.. 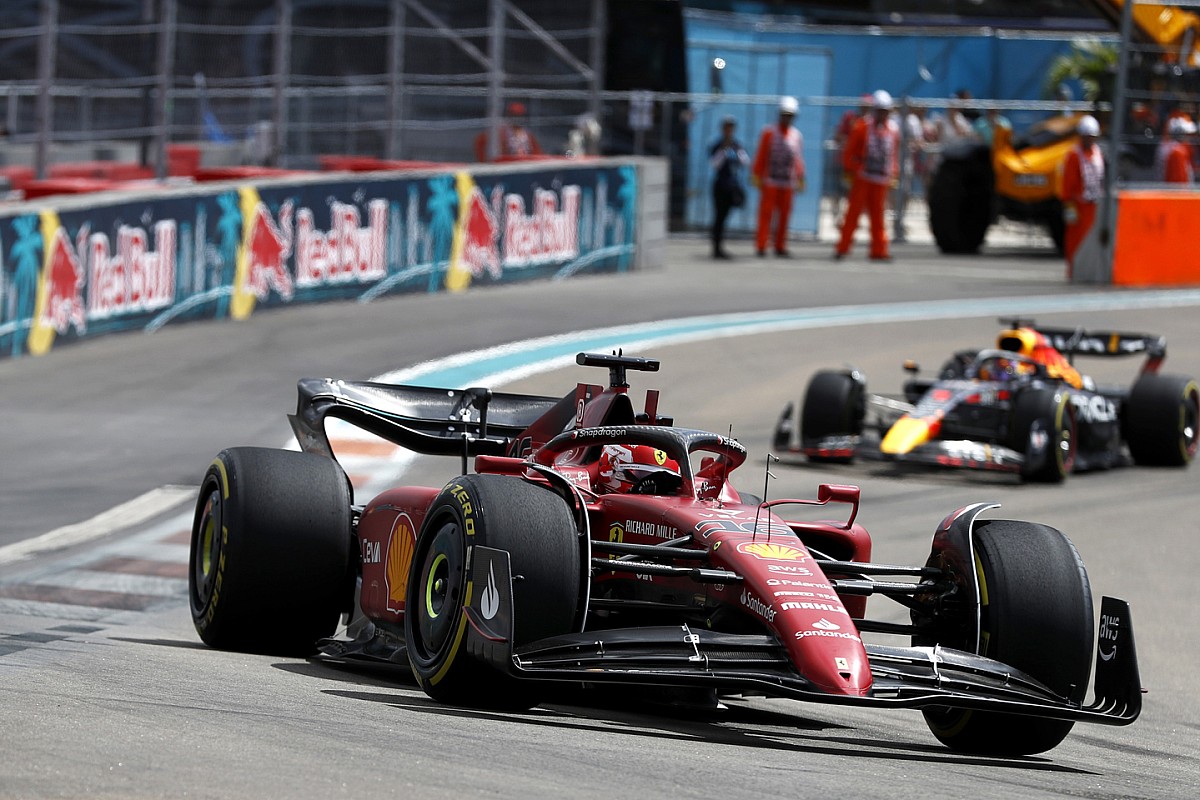 The characteristics and set-up of the Ferrari and Red Bull cars have been markedly different through the opening phase of the campaign.

Red Bull has opted for a lower downforce/drag configuration for its RB18, which has given it an advantage with top speeds and in flat-out corners.

The Ferrari F1-75 has run with more downforce and drag, which has allowed it to excel in low/medium speed corners, as well as under acceleration and in traction zones.

However, the divergence between the two cars was not so clear cut in Miami last weekend, as Ferrari found itself unable to get on top of what Red Bull was doing.

Close analysis of the data showed that the Red Bull was especially quick through and on the way out of the tight chicane sequence near the end of the lap, which proved critical in the race in helping Max Verstappen stay out of range of Charles Leclerc.

Ferrari admitted that it was left scratching its head about why things turned around in Miami, especially because Red Bull was still able to keep its straightline speed edge.

Team principal Mattia Binotto said: “We are running a bit more downforce in terms of wing configurations: lacking speed on the straights but normally gaining a bit more on the corners.

“I think Red Bull has been very good in that respect. They are very good on the medium tires, to be as fast as us at least in the very slow speed corners. And the reason why, it’s something that we need to assess and understand.

“I believe it’s in the fact that they have got upgrades in the last races that have made their car simply faster.”

Leclerc recognized that there was also a clear performance swing towards the Red Bull when cars were running the softer tyres, especially over a race distance.

“Especially on the softer compounds, on the medium and soft, it seems that it’s already been two races that in terms of race pace, they seem to be a bit stronger and managing those tires better,” said the world championship leader.

“In qualifying, we always managed to put those tires in the right window, which helps us. But on the on the long runs, we struggled a bit more compared to them.”

Red Bull team boss Christian Horner thinks that ultimately there is so little separating the performance of his squad and Ferrari that small details were counting for more.

“It swings from circuit to circuit,” he said. “I think they are very closely matched. I think it’s just trying to piece together the best race that you can, and strategically, we were very different to Ferrari here.

“They had a very high downforce, we were very low downforce, and the set-up worked for us.”


Did you miss our previous article...
https://formulaone.news/ferrari/10-fast-facts-about-mick-schumacher
Ferrari