Ferrari’s Carlos Sainz joined an exclusive club of F1 drivers when he set the fastest time during qualifying for the 2022 British GP, adding his name .. 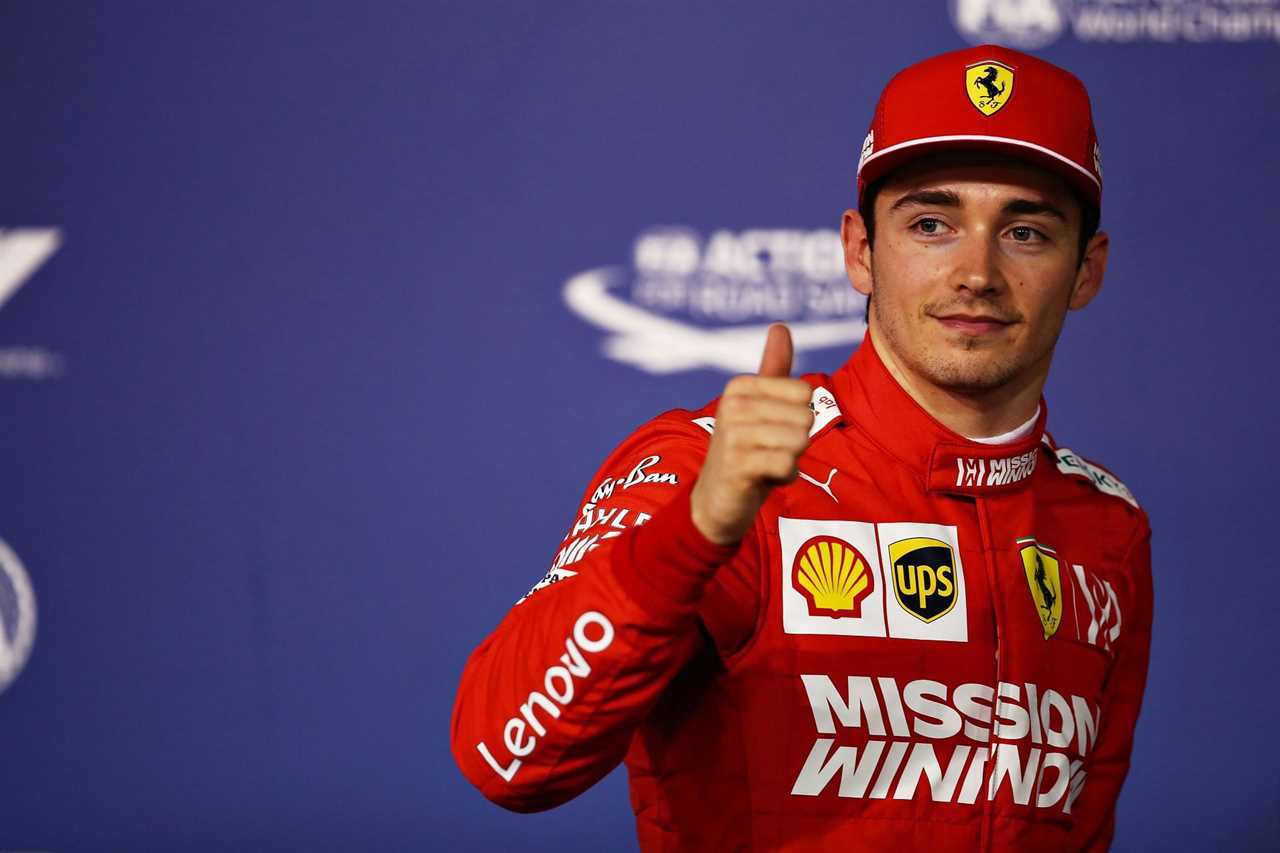 Ferrari’s Carlos Sainz joined an exclusive club of F1 drivers when he set the fastest time during qualifying for the 2022 British GP, adding his name alongside 103 other drivers to secure his first career pole position.

The Spaniard, however, joined another even more exclusive club with his achievement, becoming only the 5th driver to have scored a maiden pole position with Scuderia.

Despite their amazing success in F1, Ferrari doesn’t have as many maiden pole sitters compared to McLaren, Williams, and more. Until very recently, Ferrari maintained a policy of only recruiting world champions and highly experienced drivers, who are already considered successful with other teams. Hence, only 5 drivers have managed to secure their maiden pole with the team, while two of them currently drive for the team.

Carlos Sainz went into the 2022 F1 British GP – his 150th F1 race weekend – not having the finest idea that he would leave Silverstone as a pole sitter and a race winner.

After a stellar 2021 season that saw him routinely beat teammate Charles Leclerc, Sainz struggled to adapt to the new machinery this season. Combined with a lack of confidence within the cockpit, as well as some unlucky incidents earlier in the season, Sainz trailed Leclerc and both Red Bull drivers in the standings.

The Spaniard, however, bounced back from his troubles with laudable performances in Monaco and Canada. By the time F1 reached Silverstone, he had built up his confidence and went on to exploit the tricky conditions in qualifying to secure his maiden pole.

More importantly, though, he managed to convert that pole into his maiden victory come race day, by taking advantage of a late safety car intervention, despite fierce competition from his teammate and Mercedes’ Lewis Hamilton.

The 2019 F1 Bahrain GP was Charles Leclerc’s second race weekend with the Scuderia. After arriving from Sauber over the winter, the young Monegasque faced high expectations and had to prove his mettle against four-time world champion teammate Sebastian Vettel.

Heading into the weekend, Ferrari’s supreme straight-line speed put Vettel as the favorite for pole, with Mercedes’ Lewis Hamilton snapping hard at his heels. Leclerc, however, managed to pull out a stellar lap on his very last attempt to steal pole position from Vettel by an astonishing 0.293 seconds.

Unlike his current teammate Carlos Sainz, however, Leclerc’s maiden pole didn’t yield a maiden victory as he was forced to retire from the race with engine troubles, while Mercedes’ Lewis Hamilton secured his first win of the season.

Felipe Massa arrived at Ferrari at the start of the 2006 F1 season after three years with Sauber and a year spent as a test driver for the Scuderia.

The young Brazilian probably had the toughest job on the grid that season, having partnered with seven-time F1 world champion Michael Schumacher, who was engaged in a fierce battle for the championship against Renault’s Fernando Alonso.

Massa, however, didn’t buckle under pressure, instead going on to establish himself as a bankable driver with the Scuderia, often outscoring his legendary teammate.

At the Turkish GP that season, Massa took advantage of multiple errors made by Schumacher to finally score his first pole position by an astonishing margin of 0.377 seconds.

Here’s a flying lap of Istanbul with the 7x WDC

2006 TURKEYMichael Schumacher makes an error on his final qualifying lap, allowing Felipe Massa to score his maiden pole position #F1Here’s a flying lap of Istanbul with the 7x WDC https://t.co/BhPT3nBueT

The cherry on top, however, came on race day when he successfully converted his first pole position into a race victory.

When F1 arrived in Monza for the 1994 Italian GP, ​​it was just four months since the legendary Ayrton Senna and Roland Ratzenberger had passed away in two separate tragic incidents in Imola. The sport was still reeling from their deaths, and the issue of driver safety was still being heavily debated between the GDPA and FOM.

Meanwhile, Ferrari had recovered from a disastrous 1993 season, during which they failed to win for only the second season in their history after becoming regular front runners.

With championship leader Michael Schumacher banned from the race, hence leaving Benetton unable to compete at the front, the fight for pole and victory was between Williams and Ferrari.

The Frenchman’s jubilation on Saturday, however, turned into misery on race day when his Ferrari 412T’s gearbox failed and he was forced to retire.

Gerhard Berger joined Ferrari for the 1987 season with high hopes, only to suffer consecutive mechanical failures that hampered his ability to perform.

Throughout the first half of the season, reliability problems meant the Austrian was unable to consistently score, but once Scuderia got a handle on its problems, Berger turned out to be one of the strongest performers of the season.

Starting from his first F1 pole, Gerhard Berger (Ferrari F1-87) led for much of the race but (under pressure from Alain Prost) spun three laps from the finish. Berger rejoined & went on to finish 20 seconds behind race winner Prost.

Starting from his first F1 pole, Gerhard Berger (Ferrari F1-87) led for much of the race but (under pressure from Alain Prost) spun three laps from the finish. Berger rejoined & went on to finish 20 seconds behind race winner Prost. Portuguese GP, Estoril, 20 September 1987. https://t.co/BJJ3Kpbs4l

Heading into the Portuguese GP at the tail end of the season, Berger looked strong compared to Alain Prost’s McLaren and Nigel Mansell’s Williams. The Austrian promptly set the fastest lap in qualifying to take his maiden pole and went on to lead for the better part of the race come Sunday.

He, however, lost control of his car and spun with just three laps to go, cracking under pressure from Prost’s McLaren behind. Nevertheless, he manages to recover in time and finish in P2.