Meet the drivers: I / AM members put their questions to Seb, Lance, Nico and Jess

all the newsfeatureWhy does Sebastian Vettel love bees so much? And what does Nico Hulkenberg still get sent from his mum? Our I / AM members.. 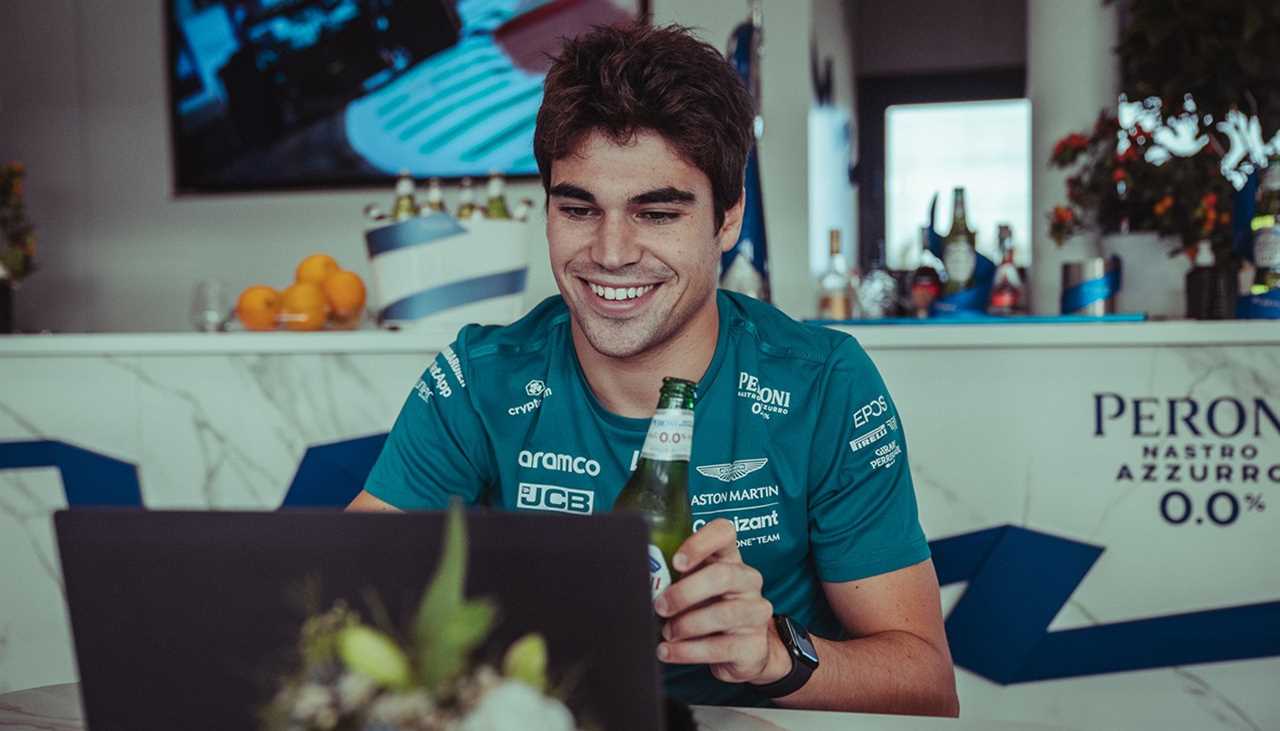 Why does Sebastian Vettel love bees so much? And what does Nico Hulkenberg still get sent from his mum? Our I / AM members discovered the answers to these questions and more in a live video call, presented by Peroni Nastro Azzurro 0.0%, with our AMF1 driver team.

Everyone wants to know who Lance Stroll thinks is his fiercest competitor, or what would bring Sebastian Vettel out of his upcoming retirement – ​​but what about the real hard-hitting questions, like what makes Nico Hülkenberg’s hair so great, or what special socks does Jess Hawkins wear?

Together with Peroni Nastro Azzurro 0.0%, we invited a group of I / AM members to join us for a once-in-a-lifetime opportunity: a video call with not just one, but four Aston Martin drivers.

The 30 lucky fans were joined by Sebastian, Lance, Nico and Jess to talk about this season, motorsport experiences, equality, diversity and inclusion in motorsport, and more.

AMF1 drivers meet I / AM members

Here’s what happened when lucky I / AM members got the chance to meet Sebastian Vettel, Lance Stroll, Nico Hülkenberg and Jessica Hawkins and chat all things F1, on a video call from the 2022 Italian Grand Prix in Monza.

I’d go for Niki Lauda and Max Verstappen. Good drivers – not too slow, either… 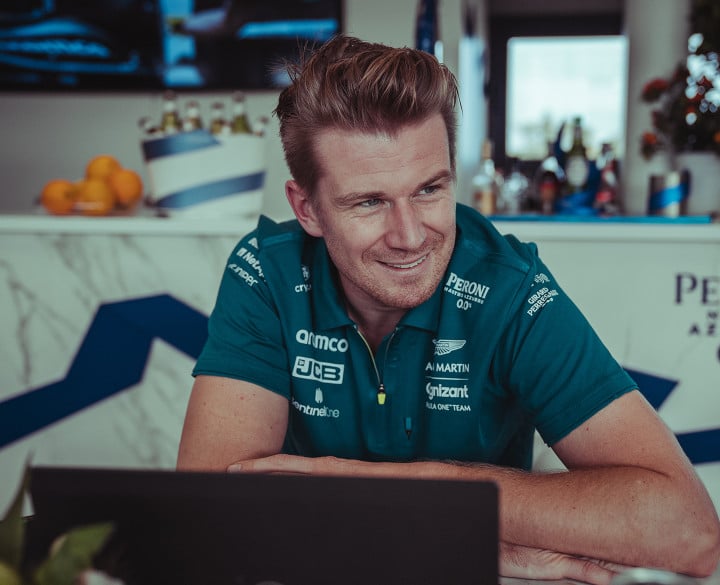 Q. When you stood in for Sebastian at the start of the year, what was the biggest difference you noticed between the high-rake concept cars of the previous regulations, and the new 2022 ground-effect cars? (Daniel, UK.)

A. The car feels a little bigger; the tires are larger and the weight has gone up, so you do feel that you’re carrying that extra weight around, especially in the corners. The car is a little more sluggish and not as reactive as the old generation.

But the biggest difference is the suspension; these new cars are super stiff. It’s like sitting on a concrete floor.

Q. What hair products do you use to maintain your hair so beautifully, especially when traveling through many weathers across the world? (Ash, UK.)

A: That’s a big secret! I have to ask my mum to send it to me because they don’t have it here. It’s got to be maximum strength!

Q. If you owned your own team, who would you pick to race? (Deborah, Germany.)

A: If I’d be the Team Principal, that’s a big decision. I’d go for Niki Lauda and Max Verstappen. Good drivers – not too slow, either…

Seb has always been supportive and a great team mate. 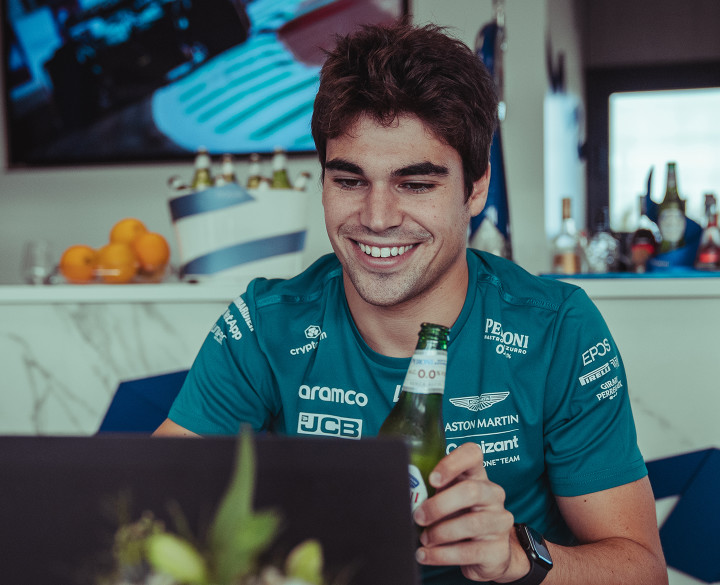 Q. If you could choose any race in Formula One history to race in, what would it be, and which driver would you race against? (Andra-Elena, Romania)

A. I’d have to choose a race – and a car – from the early 2000s and the V10 era. I think those cars were incredible. My hero was Schumacher when growing up, so to race against him would be pretty special.

Q. Who is your fiercest challenger on the track? (Brian, UK.)

A. I’ve gone wheel-to-wheel with Fernando Alonso a lot over the years. He’s a tough guy to get by, he’s a hard racer. You know when he’s in your mirrors that you’ll be fighting with him – he doesn’t give you any breathing room. If you make a little mistake, he’s right there, his gearbox ready to go, ready to get ahead of you.

Q. What do you look forward to when racing alongside Fernando next season? (Daniel, UK.)

A. He’s a hard racer. He’s still pedaling at 42 or whatever he is! He still loves it and is still super passionate about it. I think it’s going to be really fun and exciting to be alongside a World Champion again, who is so excited to come into the team.

Q. What’s the best bit of advice that Sebastian has ever given you? (John, UK.)

He’s a super nice guy, and he always reminds me to enjoy the journey, no matter what happens. He’s told me that many times after a hard weekend. He’s always been supportive and a great team mate. I only have good things to say about him.

I love old cars – maybe if I get bored, I might try racing some older cars instead. 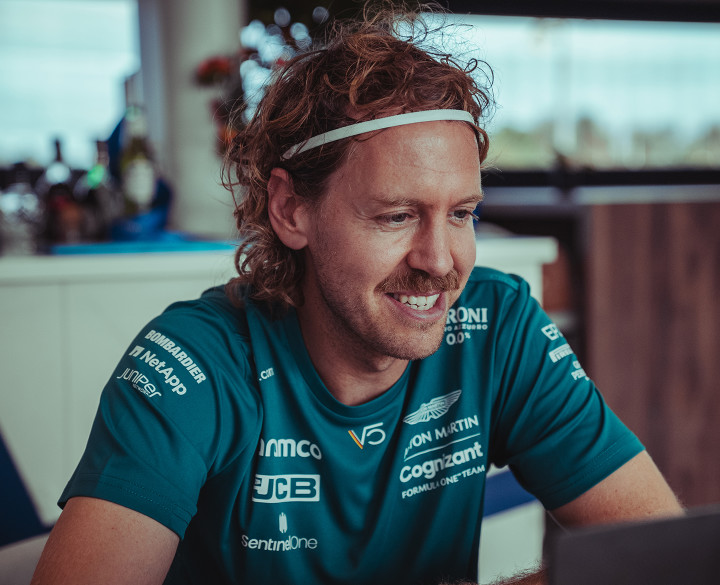 Q. Thank you for your support to help with equality and the inclusion of women in motorsport. When did you realize you needed to take a stand on this issue? (Alessandra, Italy.)

A. The honest answer is too late. I always try to treat people with respect. I get to see so many things when I’m traveling around the world, and I can choose to look at things or look away.

If you’re in a position like us, where you get to travel the world and meet so many different people, you see that lots of things are great. But there’s a different approach in different countries, and lots of people don’t have the same opportunities in their lives; they don’t get the same chances as we might do.

I think living in Europe, we are very privileged with the lives that we have and the chances we are given, but when you travel, you realize that it’s not the same everywhere around the world.

One thing that I see, but obviously have never experienced first-hand, is how women are treated in our society. Once you see negativity happening close to you, then it’s hard to look away. I think overall we are on the right path; we all have to work together to implement that change.

Q. We saw you earlier in the year celebrating your love for bees! What made you want to help the bees and try to protect them? (Andra-Elena, Romania.)

A. I think the wonders of the natural world are endless and so inspiring. It’s something that we have to protect. Since we have expanded our lives, with cities growing and more people on the planet, bees have disappeared.

They are much more important than we think, and even if sometimes they sting and are annoying to some people, we all have our place and they deserve theirs. So we have to try and protect them.

Q. Are there any racetracks or countries you haven’t raced in yet that would bring you out of retirement? (Brian, UK.)

A. We have raced in the US, but there are a lot of tracks that are quite iconic in the US that we don’t race on. So I’d love to explore those a little bit more. I haven’t done the big loop at Le Mans, either, so that could be something for the future.

Q. What is your fondest memory from your Formula One career? (John, UK.)

A. I’ve had so many ups and downs, so many emotions. I am very grateful for the years that I’ve had, and I’ve made so many friends along the way. I think what’s more important is the people that I’ve met and the friendships that I’ve made. I could tell you now the one trophy or that one race that means a lot, but I don’t think that is my fondest memory.

To have so much support and feeling that level of gratitude from people that we know and even people that I don’t know, it certainly means a lot. It’s been an incredible privilege and I’ve had an incredible time.

Q. Would you ever be involved in Formula One again, not as a driver? (Deborah, Germany.)

A. At the moment, I have no job next year! I’m looking forward to that question mark, learning more about myself and having more time for my family and my kids. But also, being able to explore some more of my interests now that I have some spare time, to see where they take me.

But, Formula One has been such a central part of my life that if a role or position came up in the future, that sounds really exciting, then who knows…

That said, I love old cars – maybe if I get bored, I might try racing some older cars instead.

I used to listen to the same song by Timberland every time I raced. 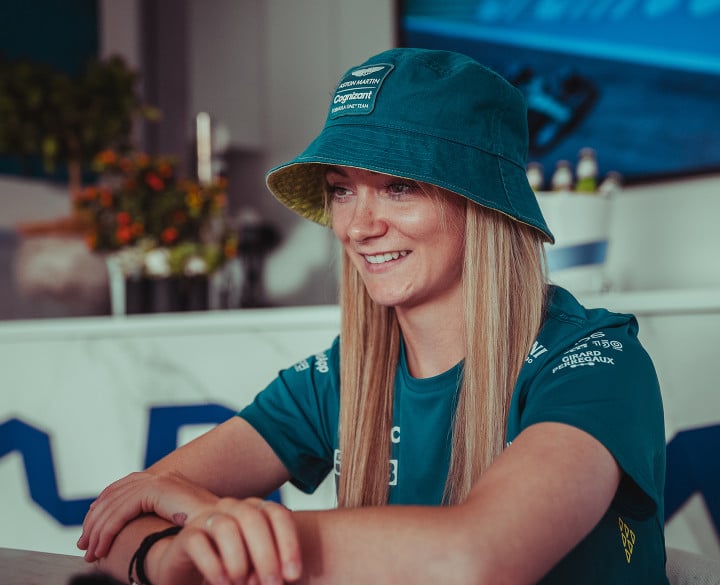 Q. Do you have any pre-race routine or superstitions that you have to do? (Chloe, UK.)

A. It used to be a new pair of socks on race day. But these are proper Nomex socks, so they’re quite expensive. So when I started racing more regularly, that became unachievable, having so many new socks.

Another one used to be how my mechanic would pass my drinks bottle to me from the left, and I’d always have to give it back on the right. And I used to listen to the same song by Timberland every time.

Q. What’s the most difficult track you’ve raced on so far? (Amy, UK.)

Q. What inspired you to pursue motorsport as a career? And how do you think more women can be encouraged to enter the sport? (Krista, U.S.)

A. It’s odd for me to answer that, because there was nothing that inspired me to get into racing exactly. It was genuinely something that I saw in the distance one day when I was playing golf with my dad, and I begged him to let me have a go.

He was really against it at first, and luckily for him, I was too small at the time. But then, a few months later, we went back and they’d moved the height restriction down because they had some smaller karts available.

What I would add is, I often wonder to myself, if I hadn’t seen that go kart track at that young age, would my dad have taken me at all? We grew up at a time where motorsport was a man’s world; perhaps he thought I wouldn’t be interested.

But I do think that times are changing. There are far more women in motorsport now, and we are so much further ahead than we were back then.

Q. How do you find being a woman in motorsport? Do you find it quite welcoming now, or do you think a lot more still needs to be done for inclusivity? (Deborah, Germany.)

A. It’s probably different and easier for me because I’ve grown up in and around the sport. I knew a lot of people so I wasn’t a new face so to speak. But I can understand that it would be intimidating for someone new, someone young. Certainly, it’s nowhere near as bad as it was a few years ago.

I think that I used to see the Formula One paddock as this exclusive men’s club that nobody else was allowed into. And as soon as I did get into it, I realized that that’s exactly what it’s not. Everyone’s been extremely welcoming, and we’re definitely moving in the right direction.

For your chance to be a part of the next exclusive driver call and many more exciting opportunities across the season, sign up to I / AM here.

All in. All welcome. All celebrated. Sign up to open up a world of I / AM benefits and once-in-a-lifetime experiences.