Aston Martin F1 brought a controversial rear wing to the Hungarian Grand Prix, with a very specific interpretation of the rules on the outer and.. 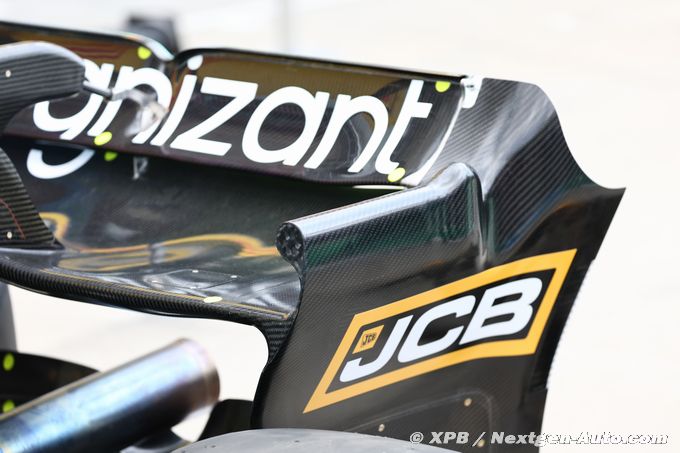 Aston Martin F1 brought a controversial rear wing to the Hungarian Grand Prix, with a very specific interpretation of the rules on the outer and upper part. But the team had planned for it, and had been working on the part for a long time, so that it would be perfectly legal.

“We have spent months since our initial interpretation and understanding, going back and forth with the technical department of the FIA,” said Tom McCullough, the team’s performance manager.

« Once we went through several back and forths, and got to a point where they agreed we had met all the technical regulations, then we decided to make it. »

« That’s why it took a while for it to get to the track, because it took several months from first contact to full FIA approval, and once you theoretically got the approval, you have to design the part and manufacture it. »

« We submit all the drawings before the weekend and the FIA ​​​​need to make sure they are still happy, which they have done. And then you can bring it to the car. »

Almost no impact on the drag of the car

McCullough confirms that this new part does not have too great an effect on the drag of the AMR22, since the regulations ensure that the cars produce as little drag as possible, in order to follow each other closely.

« So we made sure everything was good, because that’s the intention of the rules. But we were able to show with simulations that it has no effect at all. The whole philosophy of the car is the factor dominant, that’s such a small feature of it. »

The other nine teams will work on the same principle, but McCullough thinks the fact that Aston Martin started work several months ago will make it difficult to copy this idea.

« The regulations are very restrictive. The rear wing vertical fin, the mainplane and the area around the fin have a lot of rules to follow. Obviously what we’re trying to do is to create downforce on the fin, we are looking to find out what will allow our fin to perform better while remaining compliant. »

« There are a lot of regulations that you have to comply with. You have to satisfy a lot of things and not harm a lot of others. I think it will be quite interesting for people on the outside to understand. »

« Even as a chief engineer, sometimes I get explained and then re-explained for long minutes in a meeting, and I say ‘wow’. It’s really nice to see technical innovation at a time when it’s quite difficult to do. »

Krack expects copies at the end of the season

Unlike McCullough, Mike Krack would not be surprised to see copies of this concept appear quickly. The Aston Martin F1 boss believes his team’s rivals will want to have the same solutions on high downforce circuits.

« The next races where a lot of downforce are important are Zandvoort and Singapore. I would be surprised if we were the only ones to race with this idea in Singapore » Krack said.

In Hungary, Christian Horner said that « for once »Red Bull could copy Aston Martin, in reference to the ‘green Red Bull’ affair, when the AMR22 had received sidepods similar to the RB18.

Krack is not disconcerted by these remarks, which do not shock him, even if he did not appreciate them: “Those comments were partly unfair, but that’s how it is in Formula 1.”