Five losers from SingaporeLewis HamiltonDuring the V6 hybrid era, Hamilton was unstoppable whenever there was wet weather, winning every.. 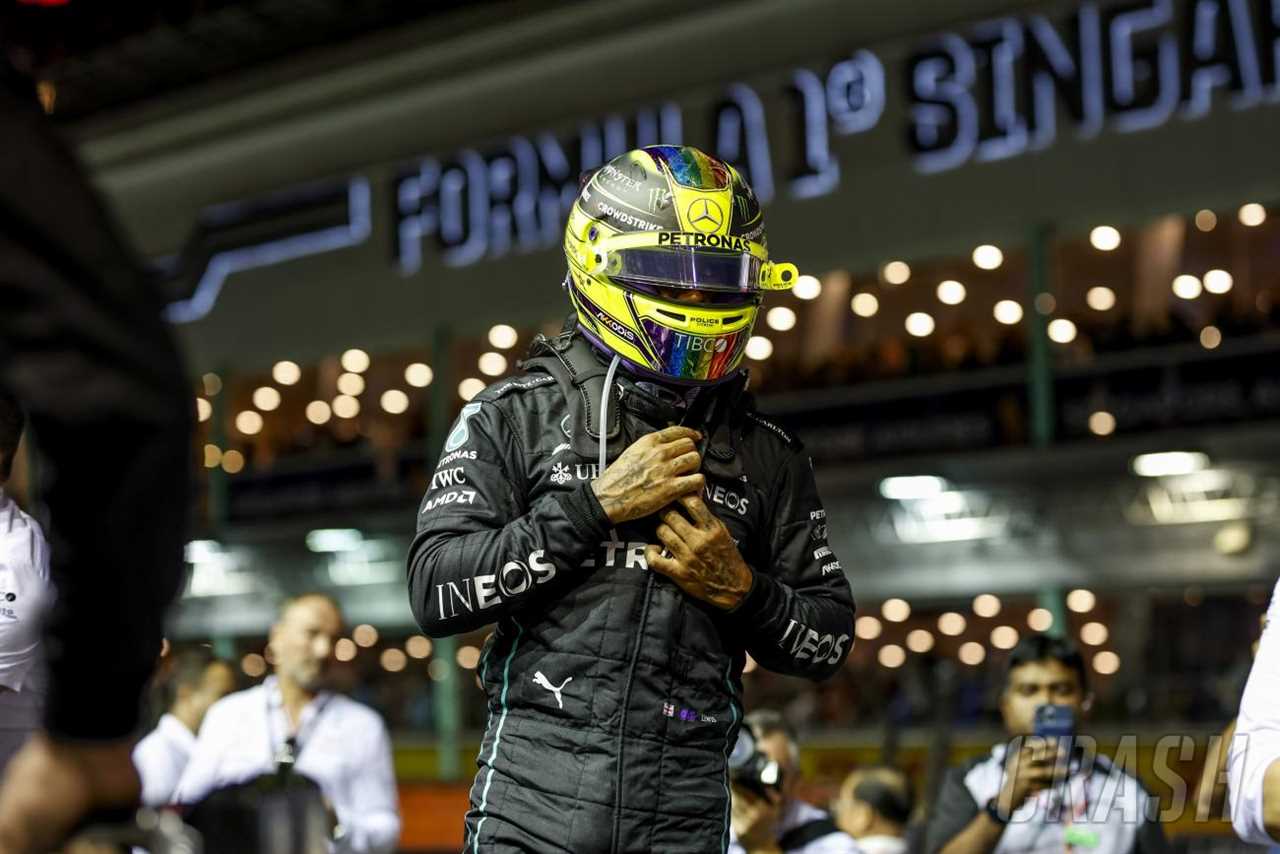 During the V6 hybrid era, Hamilton was unstoppable whenever there was wet weather, winning every rain-affected race from 2014 to 2018 (let’s not forget some of his sensational wins for McLaren either), with his streak finally ending at the 2019 German Grand Prix .

At the 2020 Styrian Grand Prix, Hamilton put together one of the best laps of his career to take pole by over 1.2s in treacherous conditions.

However, since then, Hamilton has made a number of notable mistakes when the heavens have opened.

He crashed at Imola in 2021 while also making a costly error into the pit lane when looking to switch to slicks at Sochi.

His performances in 2022 in the wet have also been underwhelming as he finished a little 13th at Imola, eighth in Monaco before making another error in Singapore.

Perhaps we’re being too harsh on the seven-time champion, particularly as the Mercedes W13 struggles to fire its tires up in the rain.

Hamilton still remains one of F1’s best drivers – in the dry or wet – but as of late, more and more errors are starting to creep in, which is natural given the length of his career and the incredible consistency he has shown up until this point .

The champion-elect described his weekend in Singapore as “terrible” – an understatement.

Even after he aborted his final lap in Q3, which cost him pole position, it would have been foolish to write Verstappen off from recovering to finish on the podium, or even winning, given what he’s achieved on track this year.

But it was one of those days for the reigning champion.

Whether he was stuck behind traffic in the form of Fernando Alonso or making uncharacteristic mistakes, it was simply a rare off weekend for the Dutchman.

Ultimately, it all stemmed from Red Bull’s blunder in qualifying, but Verstappen takes the blame on race day.

That was the worst weekend of George Russell’s F1 career.

He was knocked out in Q2, although a power unit-related issue played a role in that.

As a result, Mercedes decided to give him a new engine on race day, forcing him to start from the pit lane.

He took to the escape road while trying to overtake Valtteri Bottas into Turn 7 before a clumsy collision with Mick Schumacher into Turn 1.

It’s fair to say that Russell was lucky to escape a penalty for the contact with Schumacher.

Alonso was out after 21 laps while running inside the six ahead of Verstappen, while Ocon never looked like he was going to score points before his DNF.

They’ve now dropped behind McLaren in the race for fourth in the F1 constructors’ standings despite, on balance, having the quicker car this year.

It was another dismal day for Haas in Singapore as their pointless streak continues, stretching back to the Austrian Grand Prix in July.

Kevin Magnussen picked up front wing damage again, resulting in a black and orange flag for the third time this year.

Schumacher’s race was ruined by Russell, although a points finish was always looking unlikely.

The season started with such promise for Haas, but now they look set to finish ninth in the constructors’ standings behind Aston Martin and AlphaTauri.

Was the 2022 F1 Singapore Grand Prix the best drive of Sergio Perez’s career?

His recovery from the back of the grid at Sakhir 2020 was mighty, but given how tough the conditions were, combined with the length of the race, it’s a fair argument to make.

Perez has established himself as a street circuit specialist during his time with Red Bull with wins in Baku (2021) and Monaco (earlier this year) Singapore is another one to his collection.

The Mexican has been under immense pressure in recent weeks due to the widening gap in pace between him and Verstappen.

A timely reminder that Perez is still capable of winning races.

It was a big day for McLaren as they moved ahead of Alpine for the race for fourth in the constructors’ standings.

Helped by Alpine’s double DNF, McLaren gambled on a Safety Car during the intermediate to slick period, and they were right to do so.

Yuki Tsunoda’s shunt at Turn 10 resulted in a Safety Car on Lap 36, allowing both McLaren drivers to make a cheap pit stop.

Lando Norris stayed ahead of Verstappen, while Daniel Ricciardo jumped into fifth ahead of the Aston Martins.

Aston Martin enjoyed their best weekend of the season, with both cars finishing inside the top eight.

Lance Stroll finished sixth after benefitting from the Safety Car, which allowed him to jump teammate Sebastian Vettel.

Vettel finished eighth after losing out to Verstappen on the final lap.

The result Aston Martin moved up to seventh in the standings with five races ago – a remarkable turnaround given their lack of competitiveness in the first part of the year, especially compared to Haas, who they are ahead of now.

While qualifying pace continues to be their main downfall, Aston Martin have consistently fought for points this season.

Despite having significant backing from owner Lawrence Stroll and the Aston Martin brand bringing additional pressure, their ability to score points and execute strong Sundays is reminiscent of their days as Force India.