Nico Hülkenberg, although he has not been seated since the end of 2019, still dreams of a return to Formula 1. Since he left Renault before the 2020.. 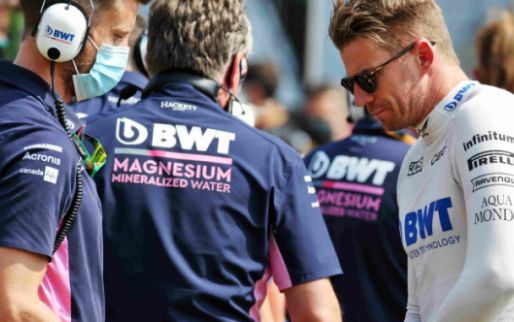 Nico Hülkenberg, although he has not been seated since the end of 2019, still dreams of a return to Formula 1. Since he left Renault before the 2020 season and was replaced by Esteban Ocon, the German driver has had a position as test and reserve driver. He currently fulfills this role at Mercedes and Aston Martin. Nevertheless, he hopes for a firm seat in 2022.

Hülkenberg appeared to be about to switch to Red Bull last winter, but Helmut Marko chose Sergio Perez as the second driver alongside Max Verstappen. Hülkenburg has now admitted that the chance that one of the top teams will sign him for the next season is now very slim.

F1 boss on Verstappen crash: “Hope we can avoid these incidents”

No interest from top teams

What does the 31-year-old driver from Emmerik say about his options? “You can count them on one hand. Mercedes, Red Bull and Ferrari “, he jokes the picture on Sunday, before he continues seriously:” I am under no illusions, the door to the top teams is closed to me. “

Only the teams at the bottom of the field such as Williams, Haas F1 and, to a lesser extent, Alfa Romeo Racing seem to have made major shifts. George Russell could make the move to Mercedes, Mick Schumacher has not yet been confirmed and Kimi Raikkonen may have to do better if he is eligible for a contract extension.

Hülkenberg is happy to return

“I don’t want to go into details. I am convinced that I still belong in Formula 1, not because I want to offer myself for something, but I think that if you can do something well, you should be rewarded for it,” he said said when asked whether there were talks with Williams or Haas F1. “If it doesn’t work out now, the Formula 1 chapter is over for me.”