Haas, who had merely reinforced the floor on its cars in a bid to do away with the porpoising, as opposed to a raft of upgrades, had both its drivers .. 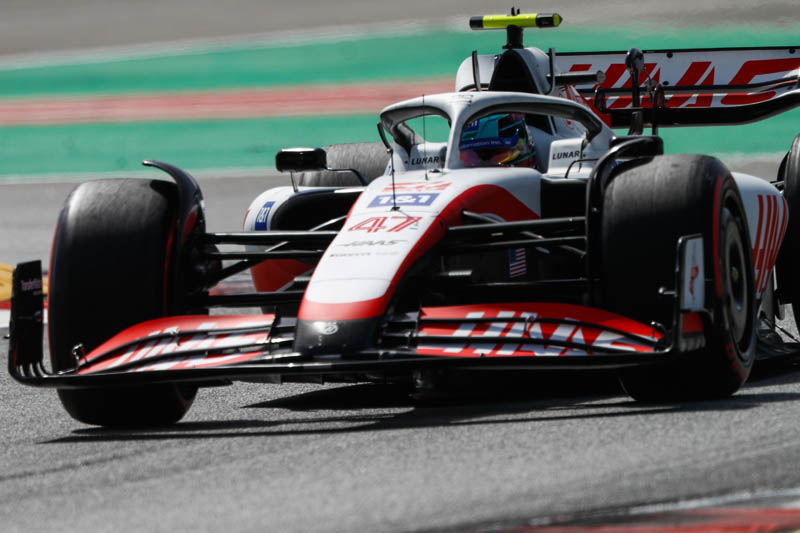 Haas, who had merely reinforced the floor on its cars in a bid to do away with the porpoising, as opposed to a raft of upgrades, had both its drivers in the top ten shoot-out, one of only four teams to do so.

At the very bottom of the ‘pre-event automobile display’ release from the FIA ​​on Friday, following the details of the numerous upgrades being run by the likes of Mercedes, McLaren, Alpine, Aston Martin and Alfa Romeo, came Haas and the words “no updates submitted for this event”.

Of course, we had been previously warned by team boss, Guenther Steiner that there would be no updates until the summer at the French Grand Prix,

While the Italian insisted that his team preferred to make the most of what it has before making changes, he was to subsequently give the game away when he admitted that it’s more about budget than budget cap.

However, despite those various expensive upgrades from its rivals, Haas, which had merely reinforced the floor on its cars in a bid to do away with the porpoising, had both its drivers in the top ten shoot-out, one of only four teams to yes

“Two cars in Q3 for the first time this year just shows that the car is very good,” said Kevin Magnussen who will line-up eighth on the Spanish GP grid.

“It’s been interesting because a lot of teams brought upgrades this weekend and it doesn’t seem like they’ve found a huge amount and we seemed to have also found a little bit, even without upgrades and just in the set-up,” he added.

Adding just a little more salt to his rivals wounds, the Dane believes that but for a DRS issue he could have gone even quicker.

“We had a DRS issue all the way through qualifying,” he said. “So actually, it could have been better.

“You always say it could have been better,” he laughed, “but this time I’m pretty sure. It was working but only like after five clicks and then you’re already a couple hundred meters down the straight. So there was maybe a tenth in it or something, so it would have just put me right there with the P6… P7.

“It was a good day anyway and looking forward to tomorrow,” he added.

Asked about fears over tire degradation, he admitted: “It’s going to really cook the tires, but it seems we’re on the good side of that maybe. Our cooling has been pretty good this year and it doesn’t seem like we’ re overheating the rear tires and the front tires that much. We’ll get an answer tomorrow.”

Though he benefitted from Lando Norris having his time deleted, Mick Schumacher was thrilled to get into Q3 for the first time ever. This coming after a premature end to FP3 when the right-rear of his car was destroyed by a brake fire. As a result of the damage incurred his crew was forced to work throughout the break as it carried out a precautionary gearbox change.

“We’re obviously happy about getting into Q3,” said the German youngster, “even though it didn’t really look like we were on the pace, we still managed to do well.

“Not having driven FP3 definitely put a spanner in the works,” he admitted. “But we managed to overcome it, so I’m very happy about today and very thankful for the team.

“It felt great knowing that we haven’t brought any updates and a bunch of teams have,” he smiled. “Knowing that we’re still in that ballpark is definitely a good feeling.”

“In FP3 Mick had the issue with his rear brakes, and the hard work the guys had to do to get the car ready for qualifying,” said team boss Steiner, “they did a terrific job to get it there just in time. You can’t ask for more of the team.

“Two Haas cars in Q3 for the first time since 2019!” hey grinned “I think it shows that we’ve made progress in the last races and it’s fantastic.”

Check out our Saturday gallery from Barcelona, ​​here.