Frédéric Vasseur does not hide some frustration after seeing Alfa Romeo F1 score zero at the Singapore Grand Prix. The team principal was hoping for .. 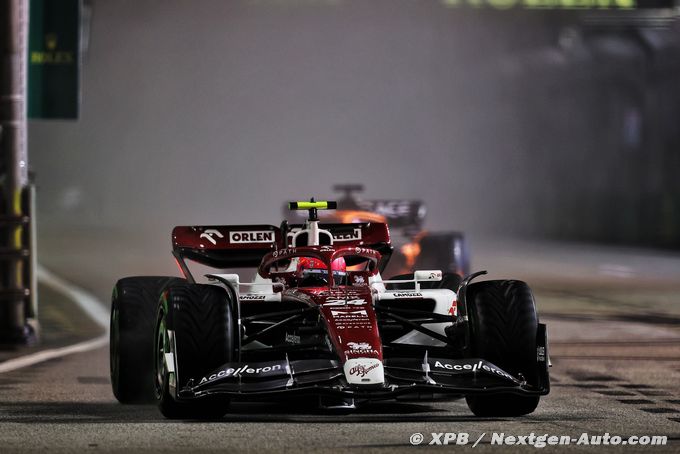 Frédéric Vasseur does not hide some frustration after seeing Alfa Romeo F1 score zero at the Singapore Grand Prix. The team principal was hoping for better at the start of the weekend, and the team still only scored one point in the last eight races.

“It was a tough weekend, despite the good pace we showed on Friday,” deplores Vasseur. “Qualifying in the wet ended up compromising our Sunday, as it was still difficult to come back from 14th and 15th on the grid.

« The race itself was not easy, especially on a wet track: Zhou couldn’t do anything to avoid being taken out while showing good pace. Valtteri probably got the most out of the race, and it was only a fully charged Verstappen that kept him from getting into the points at the end. »

« We tried to give him a fighting chance on the soft tires but in the end it wasn’t enough to finish in the top 10. We’re now heading to Suzuka knowing our dry pace was right. . »

Progress that could happen thanks to evolutions: « We are going to introduce some updates which should give us a boost in terms of performance. We continue to fight to retain sixth place in the championship. »