Alfa Romeo F1 Team ORLEN returns to Silverstone, the venue of the first-ever Formula One championship race, for the British Grand Prix. On the.. 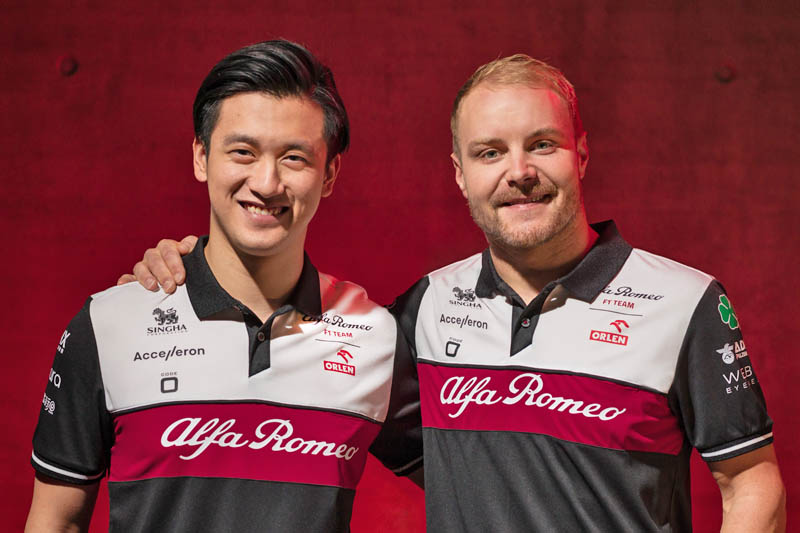 Alfa Romeo F1 Team ORLEN returns to Silverstone, the venue of the first-ever Formula One championship race, for the British Grand Prix. On the hallowed ground where Alfa Romeo triumphed in 1950, Valtteri Bottas and Zhou Guanyu will be looking to write another glorious page of the marque’s history this weekend.

The team returns to action after a week off, but still carried by the enthusiasm following the good performance in Canada. Getting two cars in the points in Montreal was a boost – for the team’s confidence, for our drivers and for the championship standings – and the team hopes to repeat this feat in Silverstone.

A successful day in Northamptonshire would suit the Alfa Romeo brand, the Italian marque having an indissoluble bond with the British circuit. Here, in that fateful first race in 1950, Alfa cars came home in first, second and third, courtesy of Nino Farina, Luigi Fagioli and Reg Parnell: it was the start of a cavalcade that would see Farina crowned World Champion at the end of the year and the team claim a victory in every race it contested.

It’s been a great couple of weeks for the team: just days after the result in Canada, with the celebrations for the 112th birthday of Alfa Romeo ongoing, Valtteri took to the streets of Milan in an F1 car and Zhou sprinted with the new Alfa Romeo Tonale on the legendary Goodwood hill. There has been plenty to be happy about – but we want to keep going. To bring home a good result in Silverstone, a place that means so much to us, would be the perfect way to honor this great tradition.

Frederic Vasseur, Team Principal: “The result in Canada was a good one, and it is proof of what we can do when we have an issue-free Sunday for both cars. It is a result that still took a lot of hard work and two inspired performances from Valtteri and Zhou, but it’s something we can aim to repeat in the next few rounds.We need to keep working hard and not let ourselves be carried away: we know we’re locked in a very tight fight and each qualifying and race will be decided on small details.On paper, Silverstone should be a challenging track for us, but we’ve been able to be in the fight on every circuit so far, so there is no reason we cannot do it here as well . This is a place that means a lot to us, with a lot of history, and it would be great to continue our good run here.”

Valtteri Bottas: “Silverstone is a place that needs no introduction: the British Grand Prix is ​​one of the great races in motorsport and you feel the meaning of this event from the moment you step through the circuit gates. The fans here are incredible: there’s so many of them, they love the sport and know it so well and there’s a true festival atmosphere from Thursday onwards – it’s contagious. Of course, once you’re in the cockpit, your focus is all on the job at hand and you don ‘t think about anything else, but it’s a good boost nonetheless I am confident we can have a good weekend to continue in the vein of what we did in Montreal: the key for us will be to make the most of every session to fine -tune the car to the characteristics of this track, with its fast corners in which so much time can be gained or lost. If we do a good job setting our car up, we can have a lot of fun this weekend.”

Zhou Guanyu: “I’m really looking forward to being back in the car this weekend. The result in Canada was a big confidence boost after a few races in which we weren’t able to show our true value, and to bring home my best F1 result so far shows in a concrete way the progress I have made in the nine races since my debut: now I want to continue building on this and to keep bringing points to the team.Driving in Silverstone will be quite special: it’s one of the historical tracks in the calendar, one that I’ve always wanted to drive in an F1 car as it’s really a place that gets the best out of these machines.It’s also a circuit with some really good memories for me – three podiums in Formula 2, including last year’s win in the feature race: I’d love to add some more happy moments this weekend.I think we have all it takes to have another good result but, as always, we will need to execute our weekend perfectly to be ahead of our closest rivals.”