The team secured the position in Abu Dhabi after finishing equal on points with Aston Martin, and winning on a countback of best individual race.. 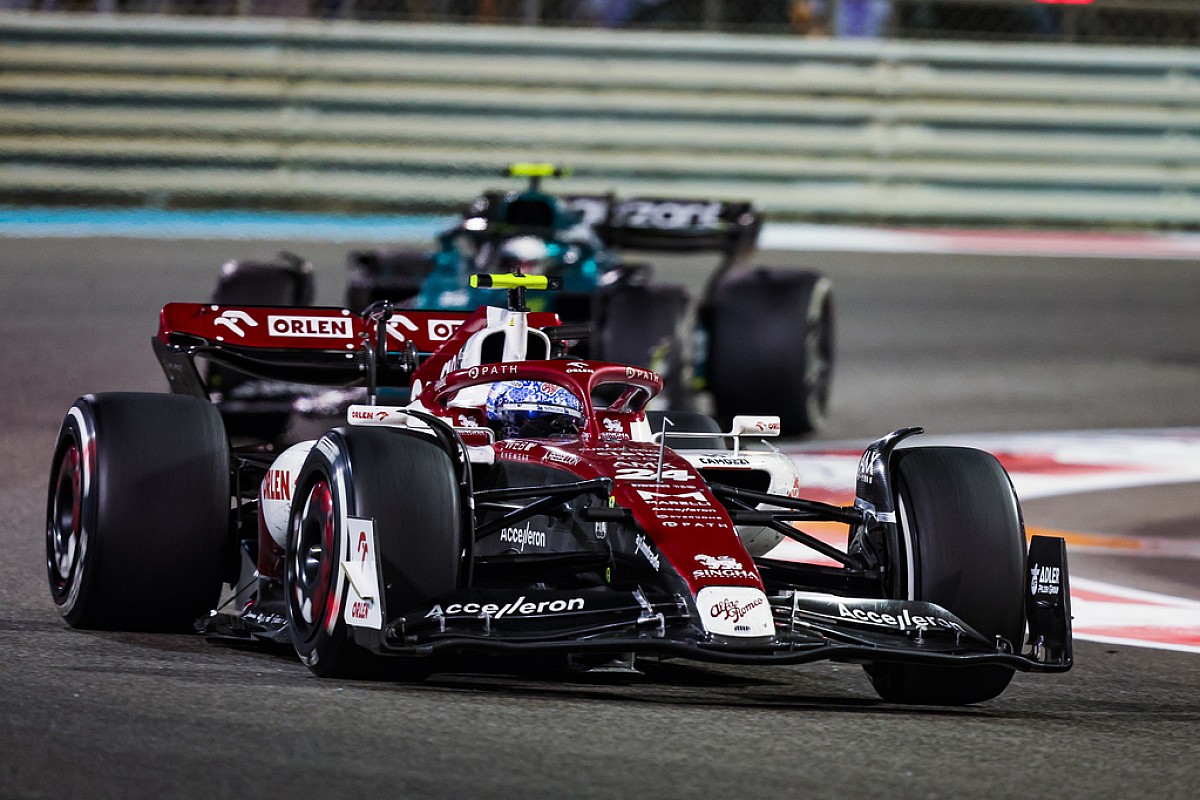 The team secured the position in Abu Dhabi after finishing equal on points with Aston Martin, and winning on a countback of best individual race finish.

It was the best result in the standings for the Sauber-run operation since it finished sixth in 2012, and followed two eighth places and a ninth in the three years under the Alfa Romeo name.

With each position representing an estimated $10-12m of extra F1 prize income, the result will allow the team to push up to the cost cap limit in 2023, which wasn’t the case this year.

“It’s the best way for us to have a good winter, because everybody will be on a positive mood,” Vasseur told Motorsport.com. “And this is very important.

“On top of this it’s always crucial I think to have this kind of fight for us with Aston Martin – in terms of target it’s a good one. And for sure it will be also very helpful on the financial side.

“As we are below the cost cap, every single push will be a big difference. We will see next year, but for sure it will help.

Vasseur said the team did a great job on strategy in Abu Dhabi, with Guanyu Zhou and Valtteri Bottas tasked with holding up the Aston Martins and stopping them from getting too far into the points.

In the end Lance Stroll finished eighth and Sebastian Vettel 10th, with the latter unable to make a crucial pass on Daniel Ricciardo in the closing laps.

“If we had a better qualification I think we’d have a fight on our own to score points,” said Vasseur.

“But with the quali we had we had no other option but to try to control a little bit the situation with the strategy, and we did it well.

“They both played a lot the team side, and they did a great job on managing the situation with Vettel and Stroll. And for sure we can thank them at the end when we see that Vettel is fighting with Ricciardo.”

Vasseur admitted he was nervous when Lewis Hamilton’s late retirement promoted both Astons.

“It was more than tight! I was quite relaxed on the pit wall until the issue for Lewis. And they both improved by one position, and it became a bit more tricky.

“And the last couple of laps, I was the biggest fan of Daniel! For sure if Vettel was able to overtake Daniel it would have been another story.

“But for us at the end it’s a great achievement, and also the best preparation for next year.”


Did you miss our previous article...
https://formulaone.news/alfa-romeo/the-added-complication-ferrari-faces-in-its-hunt-for-binottos-f1-successor
Alfa Romeo